Cricketer Marlon Samuels has again gone overboard with his social media antics towards Yanique the Curvy Diva Barrett. Samuels last week issued an online bounty on the head of Yanique for the general public to search for her and message him her location with the hope of a monetary reward that increased on a daily basis. All this effort was to serve her with legal papers which Samuels claims Yanique was avoiding and had been in hiding. 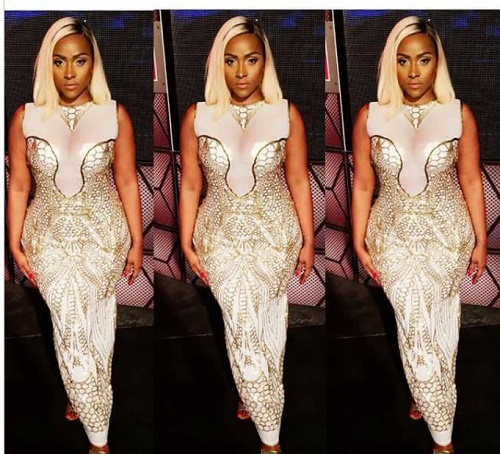 The Cricketer took the opportunity to then issue a second bounty for persons to capture video footage of Yanique being served with the alleged papers last Saturday night at the Magnum Kings and Queens Finals at Melbourne Cricket Club.
“If you have a document for Yanique you know who her Lawyer is so sending out a bounty online putting her in danger in public is unnecessary. Having your friend bleach out backstage to give her a document at 1am Sunday Morning at Magnum final show while you wait outside in your car is second hand stalking and you need to stop” A source close to the Curvy Diva explained

The source also confirmed that these tactics by Samuels are dangerous for the safety of Yanique The Curvy Diva, her daughter and her team as well as anyone who would approach her in public at Samuels’ behest.

“Yanique’s security detail has the right to bodily harm anyone who approaches the artiste in a threatening manner, so people can get hurt trying to collect $20,000,” The source added

The source also detailed that the document in question is a letter from Samuels’ lawyer asking specifically for an apology from The Curvy Diva, the document is in no way a court document served as commencement of any law suit from Samuels which is what a few persons have been incorrectly speculating.

“All this social media antics for an apology request letter? This is obviously attention seeking behavior, a court summons cant be served after 6pm especially on a weekend so that would not have even been legal and no clerk of the court would have even been a part of that,’ The source added.

The source also made it clear that the Curvy Diva will not be responding to Samuels on social media because her lawyer is the one who has been given the authority to address all matters related to this case.