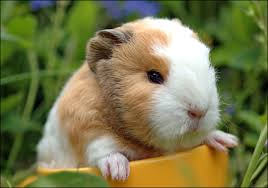 HIV Vaccine Trials Set For Zambia
CLINICAL trials to ascertain the effectiveness of a new HIV/AIDS vaccine in Zambia and other southern African countries will start next year.
The vaccine known as RV 144 or the Thai vaccine, has shown 31.2 percent effectiveness to prevent the transmission of HIV.
The vaccine trial, which was conducted in Thailand found modest levels of protection among individuals who received it.
“This is the first time we have a vaccine promising, and we are excited. Though 31.2 percent might not be much to talk about, it is a big breakthrough,” said Mary Marovich, programme director – vaccine research in the division of AIDS at National Institute of Allergy and Infectious Diseases.
She was speaking during the first HIV research for prevention 2014 Conference in Cape Town yesterday.
The RV 144 will be conducted in southern Africa because it is one of the areas with the highest levels of HIV infections.
An international initiative known as the “P5”, or Pox –Protein Public Private Partnership, is building on the RV144 trial data.
Dr Marovich said RV 144 trails will be conducted in southern Africa so that scientists understand and find out how the immune system works.
She said scientist are pursuing candidates that would help prevent HIV infections in HIV-negative people.
Dr Marovich said such vaccines may also help control the virus in people.
She said the RV 144 is a glimmer of hope, and scientists are confident that it will be the answer they have been looking for in the last 30 years.
You might also like: