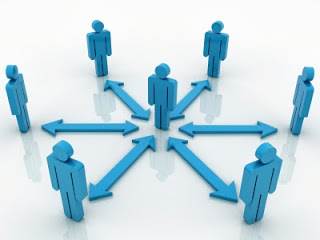 Please, help me. I am in a complete mess and I really do not know how to get myself out of it. I have two options and I must confess, I am not comfortable with both options.

I have always heard people speak of nemesis; I really do not know that it is real. I don’t know what to do and I am not ready to sit by and watch my happiness slip away.

I am 42, never been married, in fact, my mother who is my only surviving parent has given up on me getting married. I have almost given up too before mother luck smiled at me and brought Bosun my way.

Bosun, 46, he also has never been married, he lost his fiancée, seven years ago, they had a forever kind of courtship, they grew up together as childhood friends and their parents were friends too. From the onset they were serious about marring each other, but unfortunately, she died seven years ago few months to their wedding.

He told me this about a week after we met. We met in the aircraft on our way to Dubai. Although, he is the kind of man any woman would want to take home, but no woman would think twice about his marital status. He looked every inch a married man, but without his wedding band on his finger.

I have learnt not to judge men with the absence of their wedding ring because most of them do not wear it. Though he sat beside me and he made an effort to be friendly, I decided to keep off him, because my past experience with the married man I dated was still fresh in my memory hurting and haunting me.

I however couldn’t help relating with him, when he helped me when I suddenly had asthmatic attack when we were air borne. I am a chronic asthmatic patient, in fact, that was one of the reasons I decided to go on holidays to have some rest. I have really over worked myself; when this happens, I begin to fall ill often.

The attack was triggered off by another passengers’ perfume. I tried to help myself before anyone would notice, but Bosun did, he helped me and made sure my medication worked. I thanked him when I was stable and couldn’t help but ask how he noticed I was having an attack. He told me his late mum was an asthmatic patient and he knows all the symptoms.

We started talking and I got to know that he also was going on holiday. Of course as expected, we exchanged contacts and during dinner the following evening, I learnt about him. When he told me his story, I couldn’t hold back, I had to tell him about myself too. I was shocked at this but on a second thought, Bosun, is so nice, that it was easy talking to him and getting to know him.

I told Bosun why I was wary about relating with him initially in the air craft. Of course, at his age, no one would expect that he would still be single. I told him how I met and dated a married man for years. He didn’t hide the fact that he was married from me right from day one.

I met and started dating him during my Youth Service year. The relationship was supposed to be just a fling. I met Abel, through my best friend’s man friend. You know the type of pranks young ladies play with married men. I never meant it to be anything apart from that. I had a boyfriend; a guy I have dated since my first year in school. We loved each other and hoped eventually get married.

He was a year ahead of me in school. He had his Youth Service before me and travelled out of the country for his Masters degree immediately. Maybe, if he had not travelled, I wouldn’t have dated Abel. But of course, I have passed the regret stage now and I shouldn’t be dwelling on my affair with him, rather I should be thinking about the ghost, I thought I had laid to rest which has risen again to hunt me.

As I stated above, Abel and I started the relationship just for the fun of it, but before we both knew what was happening, we were both caught up in the web of love. We became inseparable and I thought I couldn’t live without Abel.

As time went on, friends and relatives started asking if I used love portion on Abel and vice versa. It was a relationship I enjoyed and I must sincerely say that I appreciated Abel. He showed me love and what it means to be loved. He always said that I brought out the best in him too.

Before long, my boyfriend learnt about my relationship with Abel, he also loved me much. Initially, he was angry and said he no longer wanted our relationship, but later, he pleaded with me and asked me to remember where we were coming from.

I was not bothered by his pleas. My mother and siblings were also at my throat, but I was past caring. I loved Abel too much to care about what anybody said or did and the feeling was mutual. Our relationship transcends my youth service years and he was actually the one who helped me to get my first banking job; as at then, he was a senior manager with his own bank.

Despite the fact that we started our relationship as a fling, about three years after we started, Abel proposed marriage to me. I told him I didn’t want to disrupt his home since he was legally married, but he said he didn’t care.

My parents and siblings would not hear of it. If my family had not kicked against it, I would have married Abel. It was also at this time that his wife gave me a tough fight for it. I later learnt that she knew about my relationship with her husband not long after we started. She however, chose to ignore both of us because according to her, she felt it was just one of his flings and he would eventually get over it.

She however, stood up to save her home when she learnt through her husband that he had proposed marriage to me and was willing to marry me no matter what happened. Abel’s wife stalked me everywhere. She became quarrelsome and fought her husband everyday because of me.

When the pressure became too much for both of us, Abel suggested that we seek transfer out of town which we did and started living together as husband and wife. During this time, I tried all I could to get pregnant.

The only time I did, I lost the baby after six months of pregnancy as still birth. My mother and everyone were crossed with me, but I didn’t care. Even his own family members were against him too, but we decided to stand by each other.

Abel’s wife eventually found out about our hide out, she made serious trouble but I was not moved, I was however touched the day he came and met me alone at home. I had prepared myself for her trouble and show down, but instead of that, she went on her knees and pleaded with me in tears to leave her husband and father of her two children alone.

She went ahead to pray for me to find my own husband as Abel is hers and marrying him will not give me the joy and satisfaction I deserved. I didn’t know what happened, but I promised I would leave her husband for her, which I did, though very painful.

Abel found it hard that I could leave him; he refused to accept the fact that I didn’t want our relationship again. When the reality dawned on him, he fell ill that a lot of us felt he would not survive.

Abel went back home to his family and I was left alone. Abel and I had a relationship for eight years. It was like my life crashed, but I was too moved by his wife’s plight to go back on my words. It was then that I realised how much pain I caused his wife. I don’t know if I would have been able to survive if I were in her shoes.

After him, I tried other relationships, that never worked. I gave up, but still prayed that the Lord will visit me. I however made use of my lonely years to work hard and rise in my career. Without much ado, I started another relationship.

Both of us are mature adults and we know what we wanted, fortunately enough, we have deep feelings for each other. In no time after we came back, we introduced each other to people who mattered to us. He has lost both parents; his elder sister who happens to be their late parents first born doubles as his mother and he told me she was away in the United States when we came back and even for some months after.

I spoke with her about two times and she was equally excited to meet me. I knew her first name and surname, she answers Abel’s surname, but not in my wildest dreams did I think of the possibility that she could actually be his wife. They had changed house and a lot had changed about both of them.

Although, I had told Bosun all about my past and wouldn’t have minded to tell him there and then that his sister is Abel’s wife if she had showed recognition. But now I am confused, I don’t know what to do; her silence has thrown me into a dilemma.

Please, should I tell Bosun everything he needs to know or play his sister’s game? I am really troubled and confused. It’s been three weeks now since we visited. I was with Bosun few days ago and we both spoke on phone; she didn’t mention anything.

Why is she pretending not to know me? What is she up to? Please, help me.