The family of a Birmingham businessman brutally murdered in Jamaica have stumped up a reward in a bid to catch the murderers. 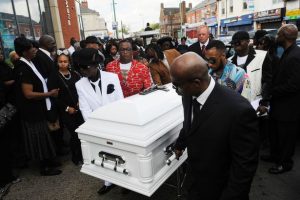 A 350,000 Jamaican dollar reward – it’s around £2,000 – is now on offer on the Paradise Island for information that leads to the killers of Keith Murrain.

The majority has been handed to Crimestop, the Jamaican equivalent of Crimestoppers, by the father-of-three’s relatives.

The 54-year-old, from Edgbaston, was snatched at gunpoint shortly after arriving in the West Indies on a business trip.

Keith’s family have waited close to two years for justice and answers – and hope the money will tempt those who have remained silent to speak out.

Community activist Desmond Jaddoo, who has liaised with the Jamaican government and David Cameron about the case, described the latest development as extremely positive.

And he praised the Murrains for finding the cash.

“The main issue is the apprehension, and the peaceful apprehension, of the suspects,” he said. “The family want, and need, answers.

“There is now greater communication with the Jamaican authorities and greater dialogue. Although the investigation has slowed, it has slowed for apprehension purposes.

“The reward is important in highlighting the case as we approach the second anniversary of Keith’s tragic demise.

“It is a clear sign all parties remain committed to get justice and the answers the family desperately need.”

Keith, boss of a thriving engineering export business, was abducted from a hire car shortly after flying into Norman Manley airport on June 27, 2014. He was robbed and his throat slit.

He was dragged, terrified, to a waiting car and later executed.

Keith’s funeral, at Lozells’ New Testament Church of God, drew 2,500 mourners from around the world.

The drawn out case has taken its toll on Keith’s loved ones, who have publicly panned Jamaica Police for the investigation’s slow pace.

Last night the murdered man’s mother, Josephine, said: “I am trying to hold things together, but it’s very hard. I can’t pull myself together.

“It is too much for me to bear. I pray they catch Keith’s killers. I have my fingers crossed.”