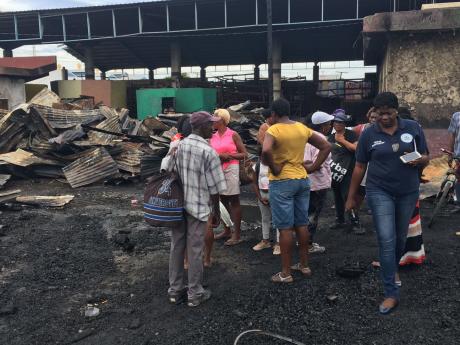 The Mayor of Kingston Angella Brown Burke says the Kingston and St Andrew Corporation (KSAC) is making every effort to restore normality in the shortest possible time following a fire at the ‘Ray Ray Grounds’, a part of the Oxford Mall and Arcade.

The fire reportedly destroyed about 70 per cent of the stalls, affecting about 80 vendors.

About 6 o’clock this morning fire officials responded to reports that the arcade was on fire.

Brown Burke while sympathising with the vendors said she was grateful there was no loss of life or major property damage.

The KSAC is asking anyone with information that may help the police in their investigation to contact the law enforcement authorities.

4 thoughts on “80 VENDORS BUN OUT A RAY RAY GRUNG”