JOE SEH IS A LIE 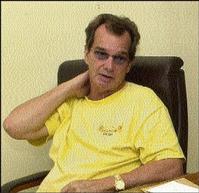 The selector accused his former Downsound records boss of disrespecting him.
During the lengthy interview, Foota Hype made some disparaging statements.
Foota explained that he quit Down Sound Records because he was tired of being disrespected.
Your browser does not support the audio element.
Efforts to get a comment from Ishawna and producer Scatta Burrell were futile.
Meanwhile, Downsound records boss Josef Bagdonovich says Foota Hype is telling LIES. Joe tells Music News he’s contemplating legal action.
In relating news, Down Sound Records is flying in boxer Floyd Mayweather for a championship party at club Famous on September 27, following his victory last Saturday in the United States.
Mayweather is unbeaten in 47 fights.