I am a white 27 year old guy. One time I was pulled over going 40mph over the speed limit and when the officer came to my window I had AK-47 ammunition in my back seat. After seeing the ammo he asked me “were you over at the shooting range?” then we chatted for a few minutes about the gun range and and how I had a good time there. He decided to not even give me a speeding ticket. I remember driving away laughing at how insane it was that he just let me go. The only thing I have to say to any of my fellow white people who somehow don’t understand the outrage or concept of injustice in this country. Look in the mirror and seriously ask yourself what you would have to do for a police officer to pull out his gun and shoot you to death? What would I have to do for that to happen? I would normally say that I would have to kill a police officer or some random people, but a white dude my age has done that this year and the cops took him to burger king after arresting him. Yesterday I watched a man get shot and killed by a police officer on facebook live video for having broken tail light. 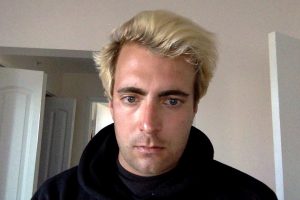 If anyone has family members or friends who don’t understand that there is a massive problem with racism in this country, ask them to look in the mirror and ask themselves the same question I am asking myself. How would that situation play out if the guy in the passenger seat was a random white guy? Would the officer feel scared? or would he want to chit chat about guns and maybe even check out the one that was being carried legally in an open carry state like he did with me? Thats sadly not what happened, an innocent man is dead today. The entire world watched him bleed to death on facebook. If you know anyone who doesn’t understand the outrage, it’s your job to get them to understand in whatever way that you can.