AFFORDABLE HEPATITIS C DRUG TO BE MADE FROM GANJA 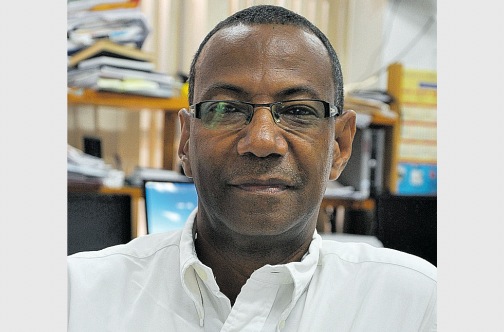 Research scientists, led by Dr Henry Lowe, say they have discovered properties in Cannabidiol (CBD), one of the major bioactive compounds in the cannabis (ganja) plant, that have the potential to provide affordable treatment as nutraceuticals and pharmaceuticals for hepatitis C.

“We report here for the first time

in vitro studies to demonstrate the antiviral activity of CBD against HCV,” Dr Lowe and his research team —Jamaican Wayne McLaughlin and Cameroonian Dr Ngeh Toyang — state in their published study, adding that Cannabidiol was shown to have activity against HCV in vitro but not against hepatitis B virus (HBV).

On Friday, Lowe, who is known worldwide for his anti-cancer and ganja research, as well as the production of a range of nutraceuticals using Jamaican plants, told the Jamaica Observer that the discovery is a major development.

“This is a new discovery which has fantastic potential for the future, especially for people in developing countries, because there is a drug which was developed for hepatitis C treatment, but it’s over US$85,000 per treatment and very few people in the developing world can afford this,” he said. “So it is very important that we find less expensive means of treatment, and that is why this discovery and its potential to manage this disease is so important.

“Most of the incidences [of Hepatitis C] are in the developing world, so this means this could make a big difference if it’s taken to finality,” Lowe argued.

“This journal publication is not current, insofar as the research is concerned, because we have to protect intellectual property. We have gone far beyond this in terms of research and development to the point where we’re hoping that by next year, with the data we have, we should be able to go to clinical trials. So it’s a major, major new development,” he said.

He further stated that a nutraceutical product is currently being developed which should be ready for the market by year end. Talks, he added, have started with the South African Government on the cannabis research and development which, he believes, could open the way to the products to the developing world.

In their study, the scientists point out that viral hepatitis is caused by a group of viruses divided into five types – A, B, C, D, and E — and they are primarily known to attach to the liver.

“Hepatitis B virus and hepatitis C virus are the most dangerous and prevalent of the five virus types,” they state.

The disease ranges in severity from a mild illness lasting a few weeks to a serious, lifelong illness that attacks the liver. It is spread primarily when blood from a person infected with the hepatitis C virus enters the body of someone who is not infected. According to health officials, most people become infected with the hepatitis C virus by sharing needles or other equipment to inject drugs.

According to the WHO, a significant number of the people who are chronically infected will develop liver cirrhosis or liver cancer, and 350,000 to 500,000 people die each year from hepatitis C-related liver diseases.

“Antiviral medicines can cure hepatitis C infection, but access to diagnosis and treatment is low,” the WHO states. “Antiviral treatment is successful in 50–90 per cent of persons treated, depending on the treatment used, and has also been shown to reduce the development of liver cancer and cirrhosis.”

The WHO also pointed out that there is currently no vaccine for hepatitis C, however, research in that area is ongoing.

On Friday, Dr Lowe pointed out that he and his colleagues made the discovery two years ago and issued an appeal for local agencies, such as the Ministry of Health, to get to the point of approving simple pharmaceutical drugs, instead of always depending on the United States Food and Drug Administration which, he said, “is a very expensive and long process”.

“For example, painkilling drugs, as in those that are coming from cannabis, which we will be making mention of in more details, once our Ministry of Health has approved it, it should be something which should go through easily,” argued Lowe.

The study, which received support from the staff of Lowe’s Biotech R&D Institute, was partly funded by Medicanja Jamaica Ltd, and Flavocure Biotech LLC.

Ngeh, whose background is in studying the medicinal potentials of the isolates of medicinal plants, is a senior research scientist at Biotech R&D Institute and at Medicanja. McLaughlin is a professor of molecular biology in the Department of Basic Medical Sciences at The University of the West Indies Medical School at Mona. He is also chairman of Jamaica’s Scientific and Clinical Advisory Committee .

Lowe, a specialist in medicinal chemistry with over 50 years’ experience in the field, holds a PhD from Manchester University, UK, an MSc from the University of Sydney, Australia and BSc (Hons) from UCWI, London University. He holds several postdoctoral studies from Harvard University and Massachusetts Institute of Technology, and is currently an adjunct professor at the University of Maryland School of Medicine.