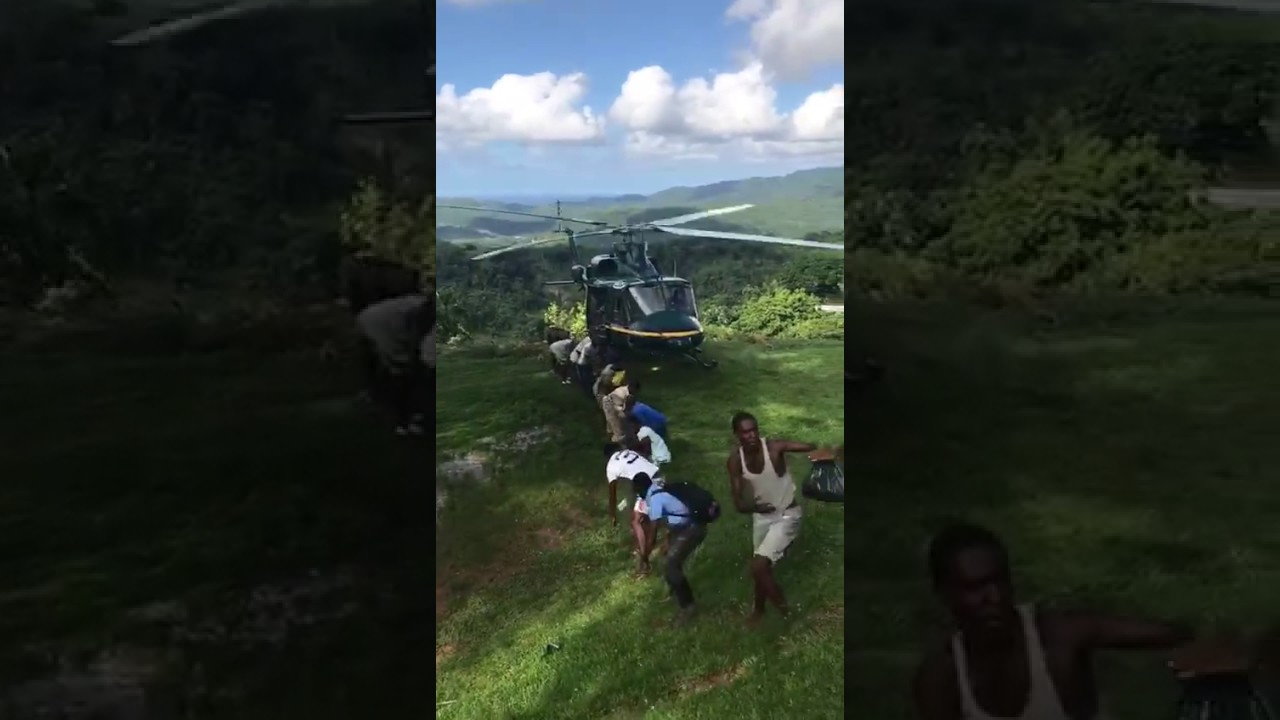 The Ministry of Labour and Social Security in collaboration with the Jamaica Defence Force earlier this afternoon airlifted relief supplies to over two hundred residents of Bellevue in the Rio Grande valley in Portland. The residents have been marooned due to landslides and breakaways along the main thoroughfare in their community caused by last week’s heavy rainfall.
West Portland MP and Minister Daryl Vaz was on hand during the relief effort in Bellevue this afternoon. He said that engineers from the National Works Agency and the JDF today visited the area to develop a mechanism to have the roadways cleared as soon as possible. He said plans are far advanced to get more heavy duty equipment into the area to assist in clearing the blocked thoroughfare.
He also said that among the items airlifted are food supplies, thirty cases of water, toiletries including bleach which he says is to aid in maintaining sanitary conditions for residents.
Health officials from the Portland health department also visited the area.
According the Minister Vaz, one resident whose house was destroyed is to get a grant to assist in building back her house.
Portlanders News

3 thoughts on “AID DELIVERED TO PORTLAND”