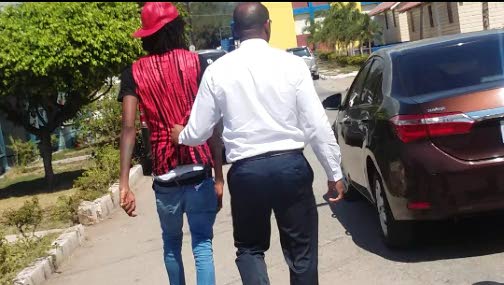 Alkaline before being whisked away from the Area Four Headquarters in Kingston on Thursday. Photo: Sade Gardner

KINGSTON, Jamaica — Popular dancehall deejay Alkaline was this afternoon freed from police custody following a judge’s order earlier today that the police either charge the entertainer or release him by 6:00 pm. He was not charged.

He was detained that evening following a session of questioning and remained in police custody until about 3:15 this afternoon when he was freed.