AN AMERICAN ASKS WHY THE TWO CULTURES DONT GET ALONG?

An African American submitted the below editorial, questioning why both cultures dont get along

Just to let it be known I am African American btw, any who am I the only one that has noticed that there seems to be a disdain that some African Jamaicans have for African Americans? Now to be fair there might be a rift between the two groups in general, meaning it is possible that it is not just coming from the Jamaican side. Growing up I did not notice this, in fact it seemed that the groups got along quite will with one another. 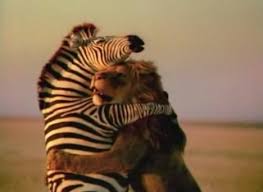 In the states it is not unheard of for African-Jamaicans and African-Americans to live among each other and even have families together. I did not become aware of this rift until about the time I was in high school. This is around the time that my circle of friends became a bit more culturally diverse, from this is when I would hear some opinions that Jamaicans had about African Americans. At first it did not really bother me but then when I realized that a lot of the ignorant opinions that were being made by Jamaicans to explain their disdain for African Americans were the same ish that Racist white Americans make to justify their bigotry, I just thought the whole situation was just sad.

I just wanted to have an honest convo, that is all…

146 thoughts on “AN AMERICAN ASKS WHY THE TWO CULTURES DONT GET ALONG?”