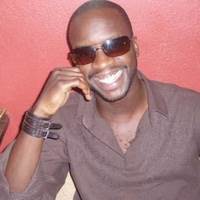 I had my worst travel experience entering the twin island Republic of Trinidad and Tobago last night and I’m sorry to say it but Jamaicans are Targeted and Profiled because it happened to me and my wife. A. J. Nicholson Mr. Minister of Foreign Affairs there is much work to be done. We were suspects the minute we walked up to immigration.

Without scanning our passports the East Indian looking officer took up a phone and called someone to indicate that she felt suspicious. Whilst on the phone with the receiver by her ears she then asked a few questions as to the purpose of our trip. She was told.
She then asked if we were actually married. Again she was responded to. The officer then pointed out that I had several work permits (for other countries in my passport) to the person on the phone as if that was her reason for being suspicious. She then scanned our books and asked us to sit across the way and wait. After fifteen minutes or so she called us over and handed our passports and sent us through. If the checks had ended there this note would not be written but as soon as we got to our bags and entered the customs line it was clear that the Customs enforcement team that was waiting was prepped to look out for the suspects Aka Jamaican Criminals. Without hesitation on reaching the customs officer he called over the woman in bright orange that was the leader of the enforcement team.
She showed her name tag before she started her interrogation of the suspects (that’s how I felt). She asked about the contents of our luggage and my wife and I made sure we wrote everything down on the form. Now even though there were several scanning machines in that area we were the only ones being searched by hand. While searching our luggage I was asked to break open one of the patties we took for our hosts. She then broke several pieces of the ginger we were asked to take and squeezed the hard dough bread so hard that it lost its shape. Having not found anything beyond what was reflected she moved on to the next bags. During this time our passports were returned to her by two plain clothes “thug” looking men who did not identify themselves. They stood close by. The enforcement officer lady started asking me a series of questions:

How long have I been in Jamaica? To which I responded all my life I’m Jamaican.
She also assumed my wife was from Barbados.
She asked several times if I had any criminal record to which No was the answer.
She asked about my travel history as in where have I been in the last year and was told England, U.S.A. and other Caribbean islands…again she asked if I had any criminal records in these territories again no was the answer.

She seemed quite disappointed annoyed even that she found nothing alarming in our luggage and then she did the most ridiculous thing I’ve ever experienced. She asked if I was wearing two trousers (remember I live in the tropics ) to which my response was an obvious no without hesitation she instructed me to go to a room with the two thug looking men , when I enquired why she said to ensure I had nothing on my person. I shook my head and reluctantly entered the tiny room. One thug stood at the door the other asked me to lift my shirt up. I did since I had my undershirt on. He gave me a pat down, searched the seams of my pants and then told me to step out. This has never happen before in all my years of traveling. Even to the Great United States a country that constantly has to protect its borders from Terrorists. It was humiliating.
A. J. Nicholson there was no respect shown to me and my wife. The Trinidad Airport Authority personnel seem to personally enjoy dragging us through the mud of their system.

Suffice to say we barely made the connecting flight to Tobago and got attitude from the Caribbean airline staff on the ground for being late for boarding. Oh and they left our luggage by the way. Fortunately our hosts in Tobago could drop a few names and it was later delivered.

My fellow Jamaicans please have all your “Ducks in a row” and your “T’s crossed” if you need to travel to Trinidad and Tobago because we are being targeted no doubt.
They had no good reason to treat my wife and I the way they did so I can only assume it’s our nationality that was the issue. It’s as if the Immigration and Customs personnel have replaced the word Jamaican with Criminal so please be careful.

From a proud Jamaican son…vacationing in Tobago.