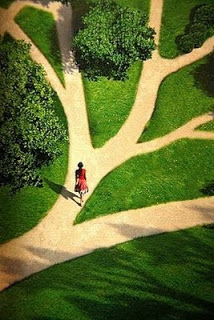 AVOID SATAN’S BAITS – By Pastor E. A. Adeboye
Memory Verse: Proverbs 7:23:“Till a dart strike through his liver; as a bird hasteth to the snare, and knoweth not that it is for his life.”
Read: Judges 16:15-21.
Judges 16:15-21:“And she said unto him, How canst thou say, I love thee, when thine heart is not with me? thou hast mocked me these three times, and hast not told me wherein thy great strength lieth. And it came to pass, when she pressed him daily with her words, and urged him, so that his soul was vexed unto death; That he told her all his heart, and said unto her, There hath not come a razor upon mine head; for I have been a Nazarite unto God from my mother’s womb: if I be shaven, then my strength will go from me, and I shall become weak, and be like any other man. And when Delilah saw that he had told her all his heart, she sent and called for the lords of the Philistines, saying, Come up this once, for he hath shewed me all his heart. Then the lords of the Philistines came up unto her, and brought money in their hand. And she made him sleep upon her knees; and she called for a man, and she caused him to shave off the seven locks of his head; and she began to afflict him, and his strength went from him. And she said, The Philistines be upon thee, Samson. And he awoke out of his sleep, and said, I will go out as at other times before, and shake myself. And he wist not that the LORD was departed from him. But the Philistines took him, and put out his eyes, and brought him down to Gaza, and bound him with fetters of brass; and he did grind in the prison house.”
Message:
Open Heavens Daily Devotionals by Pastor E. A. Adeboye
Open Heavens Daily Devotionals by Pastor E. A. Adeboye
It is pretty difficult to catch an eagle because of the altitude at which it flies. If you fly high spiritually, it will be very difficult for you to be caught by Satan’s traps. However, occasionally we successfully ensnare and capture eagles we sight flying overhead in the jungle. To capture a sighted eagle, we clear a space in the jungle from which it can be monitored. This space also gives it a clear view of the bait we set for it. As bait, we set a robust chicken with a rope tied around its neck so that it can only move within a circle in the space we have created. Eagles love chicken so when it sees it, with speed it will zoom downwards to pick it up; but the rope will not let it go with the chicken. Before it realises what is happening, we would have covered it with a net. This is similar to how the devil gets the divine eagles. He uses what they love most as bait. This is why you must be wary of anything that appears too good and yet too easy to get. It could be a bait to get you into Satan’s snare.
In the name of Jesus, the food that will lead to your destruction shall fail to appeal to you. May the Lord open your eyes to see Satan’s bait that is presented to you as food. The devil knew that Samson loved strange woman so he used Delilah as bait. Samson was a high flier but sin reduced the divine eagle into a powerless, blind and mocked captive. Also, Gehazi had the opportunity of becoming the greatest eagle of the Old Testament but his love for money stood between him and his God. It is sin that stops high fliers. If you are flying high for God, run far from sin. If you are winning several souls for the Lord, run away from sin. Be careful with converts of the opposite sex because Satan does not mind getting you into sin with your converts. A minister of God was spending time to build his female converts and before long, Satan caught him. His convert became his regular sex partner whenever he was starve of sex by his wife. Be very careful and watchful.
KEY POINT
If something sounds too good to be true, it probably is.
Bible in one year: John 7-10.