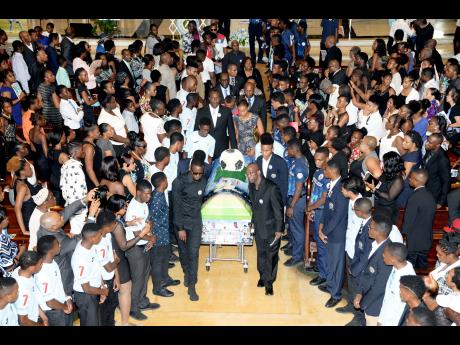 James collapsed on September 20 during a football match between St George’s College and Excelsior High School at the Stadium East playingfield and later died at hospital.

Speaking at today’s thanksgiving service, State Minister in the Ministry of Education Floyd Green said the fact that James’ leadership qualities and football skills will not be forgotten.

He said the fact that James was appointed captain of the St George’s College team after transferring from Jamaica College spoke volumes about his character.

The service was also used to pay tribute to James’ parents.