BOB MARLEY’S ALBUM AT THE TOP OF THE CHARTS 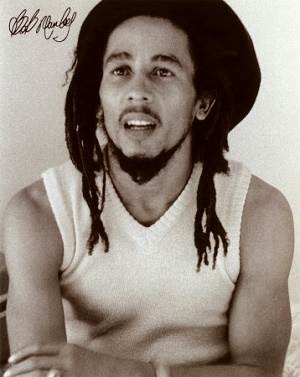 This year marks the 30th anniversary of the release of Bob Marley and The Wailers album Legend, an album which continues to sell at an average rate of 3,000 to 5,000 units a week.
The Berkshire Eagle reminds of the albums pertinence, stating, “Legend, has become one of the most popular albums of all time. At 30 million copies, it is the best-selling Reggae album ever. One reviewer has called it the most important album of the 20th century.”
Over the course of this year, The Wailers, a group which now includes a number of new musical talents and only one of the original Wailers, have set out on tour in honor of Legend’s continued success, re-release and the 30th anniversary of such an iconic album in not only the genre of Reggae but across all musical genres; an album on which Marley wrote or co-wrote every song.
The Wailers shows for this tour will include performances of every song from the Legend album. Due to the album’s re-release, Broadway World communicates that “recently, Legend jumped to the number 5 spot on the Billboard Top 200 chart, making it the first time the album has reached the top 10 since its initial release thirty years ago.”
This surge to the top once the album was re-released, was in part thanks to Gwen Shen, Google Play head of global music partner management, who lowered costs of the album drastically. Shen shared her reasons for this decision with Billboard back in September, saying, “We love to celebrate artists like Bob Marley whose music is timeless and beloved. Our hope is that this promotion… will introduce his music to the next generation of fans and continue his legacy.”
Marley, who passed away in 1981, continues to hold the proverbial torch as the icon and face of Reggae. With his Legend album’s catchy tracks, mellow rhythms and pertinent lyrics for fans of his own time and as well as today’s, it is clear why the album has continued as a favorite for so many years. Song’s such as “Three Little Birds,” “Is This Love,” “Buffalo Soldier,” “Jammin” and “Stir It Up” all unite to make one auditory titillating experience for its listener.
Legend, over the past 30 years has set many records, from N0. 1 singles to being the runner up album with the longest-lived success on the charts. Marley’s Legend has spent a total of 992 weeks on the charts and comes second to only Pink Floyd’s Dark Side of the Moon which, as the Eagle notes, spent an astounding 1,574 weeks on the charts over the years.
Bob Marley’s Legend album was originally released in 1984, three years following his death. It’s continued success echoes Marley’s message to a younger generation.
In Bob Marley’s words, “The greatness of a man is not in how much wealth he acquires, but in his integrity and his ability to affect those around him positively.” Marley certainly had and continues to have an affect on millions.