CAN FASTING BE USED FOR GOOD OR EVIL- GOOD MORNING 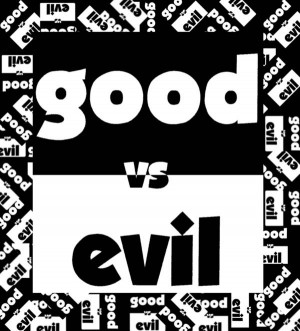 Can fasting be used for good and evil
During the course of our last teaching on fasting we basically covered the over all aspect of fasting
and its benefits.
Today, I would like to place special emphasis on the fact that fasting is indeed a spiritual principle along with a spiritual protocol to request answers and divine reinforce from the spirit realm.
Firstly, fasting is a spiritual principal whose purpose is to not just rejuvenate or restore the one fasting spiritually, but more importantly it is the means of summonzing the spirit realm for either assistance or answers to certain perplexing earthly or even spiritual matters. For example whenever the nation of Israel were being challenged by war with their enemies, for the most part the entire nation would join in on a fast in an effort to see what was God’s position prior to their involvement in whomever that war would be with, 2 Chronicles 20:3.
In another case, when Israel was being oppressed and pillaged by their enemies and they were totally confused as to why it was all happening they fasted with the attempt to seek God’s answer for their perplexing problems, Ezra 8:23.
Amazingly, what many folks are not aware of is that because fasting is a spiritual principle the act of fasting is not limited to things that are Godly. Concequently, fasting can also be used for the summonzing of demonic/evil assistance and knowledge. Of course most Christians just associate fasting with things of God. However, in the book of 1 kings 21:7-13 it says the following, ” And Jezebel his wife said unto him, Dost thou now govern the kingdom of Israel? arise, and eat bread, and let thine heart be merry: I will give thee the vineyard of Naboth the Jezreelite.
8 So she wrote letters in Ahab’s name, and sealed them with his seal, and sent the letters unto the elders and to the nobles that were in his city, dwelling with Naboth.
9 And she wrote in the letters, saying, Proclaim a fast, and set Naboth on high among the people:
10 And set two men, sons of Belial, before him, to bear witness against him, saying, Thou didst blaspheme God and the king. And then carry him out, and stone him, that he may die.
11 And the men of his city, even the elders and the nobles who were the inhabitants in his city, did as Jezebel had sent unto them, and as it was written in the letters which she had sent unto them.
12 They proclaimed a fast, and set Naboth on high among the people.
13 And there came in two men, children of Belial, and sat before him: and the men of Belial witnessed against him, even against Naboth, in the presence of the people, saying, Naboth did blaspheme God and the king. Then they carried him forth out of the city, and stoned him with stones, that he died.
After reading this passage of scripture we must ask ourselves, who was the nation of Israel fasting to? The entire fast was based on lies; there were two men sent by Jezebel as witness against Naboth, who obviously lied on him. How is it that the Elders and nobles of the city could not discern that this fast was not of God. Finally, how is it that in every case where Israel fasted the result of the fast would be where God would send a prophet to declare what would be as a result of the fast. However, in this case there were no prophets involved, there were no answers from God as to what Naboth’s end result should be. In fact it appears as if they went through a political procedure to officially execute Naboth that was fueld by demonic fasting.
This evil fast of course allowed them to be advised and controlled by Satan, however, for the most part just like many of us today when we hear the term fasting we think it is automatically Godly. I have read many books of pastors who were once witch Doctors or witchcraft workers and via their own confession, while they were a part of the occult they would go on arduous fasting to summons the help of greater demonic powers to do their evil bidding.
I will take it a step further. As you may recall it was the prophet Isaiah who was confronted by the children of Israel concerning a particular fast that they had done but nothing panned out for them after the fast, here is what the Prophet Isaiah as an oracle of God said to the children of Israel:
“Why have we fasted, they say, and You do not see it? Why have we afflicted ourselves, and You take no knowledge [of it]? Behold [O Israel], on the day of your fast [when you should be grieving for your sins], you find profit in your business, and [instead of stopping all work, as the law implies you and your workmen should do] you extort from your hired servants a full amount of labor.
4 [The facts are that] you fast only for strife and debate and to smite with the fist of wickedness. Fasting as you do today will not cause your voice to be heard on high.
5 Is such a fast as yours what I have chosen, a day for a man to humble himself with sorrow in his soul? [Is true fasting merely mechanical?] Is it only to bow down his head like a bulrush and to spread sackcloth and ashes under him [to indicate a condition of heart that he does not have]? Will you call this a fast and an acceptable day to the Lord?” Isaiah 58:3-5 Amplified version.
Question! Is it possible that someone could be making evil fasting against you and as a result has either blocked or hindered your blessings during the course of 2014?
Written By: Kevin L A Ewing
[email protected]
kevinlaewing.blogspot.com
Posted by Kevin Ewing at 7:59 PM