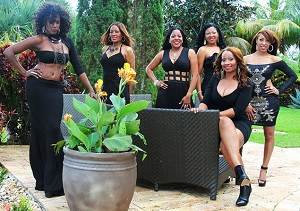 Fueled by the popularity of reality shows and a special brand of Caribbean dramatic spice, a Florida company has created “Caribbean Wives of South Florida,” a pilot show which will debut with a red carpet premiere in Manhattan on Nov. 15.

The pilot’s architect says “Caribbean Wives” will stand out among the throng of shows because of its special mix of reality drama and a respectful portrayal of Caribbean culture. The pilot will screen at Hunter College’s Kaye Playhouse, 695 Park Ave. (between 68th and 69th Sts.), from 7 p.m. to 10 p.m.

The show looks at the triumphs, trials and tribulations of marriage, careers, raising their children and cultural challenges in America. With wives from Jamaica, Haiti, Grenada, the Dominican Republic, plus husbands from Trinidad, the D.R. Grenada and America starring in the pilot, the show aims to join an ever-increasing number of reality shows already on the air.

“It’s different because there is nothing like it — Hollywood wants the high drama, the fights, the ridiculous conflicts, shock behavior — we bring none of that to the production,” explained Tulloch. “Yes, there are conflicts, but they are played out differently, the Caribbean way, with class and dignity; our culture dictates how we behave and it is shown in our production — we are different, America has never seen the Caribbean in its true form. In this production, we expressed the culture as best as possible.”

Tickets to the premiere of “Caribbean Wives of South Florida” are $35 per person and are available online at caribbeanwives ny.eventbrite.com. For information, send email to [email protected] or call (954) 233-0212.