A Chicago police officer who said he shot and killed a black man this week after the teenager pointed a gun at him has been relieved of his police powers, the Chicago Police Department said Saturday. 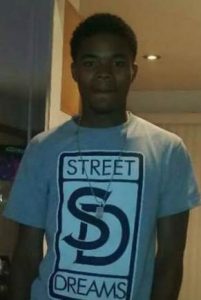 Investigators searched, but did not find a weapon, the superintendent said.
There is video that shows Raye running, but the officer chasing him is out of the cameras’ view and the footage does not show the shooting, CNN affiliate WLS reported.
Family’s lawyers call for prosecution