CLIFF HUGES TO PAY PJ PATTERSON UP TO 20 IN DAMAGES 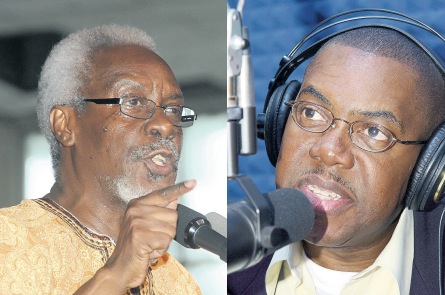 The Supreme Court has ordered journalist Cliff Hughes to pay former Prime Minister PJ Patterson $12.5 million in damages resulting from defamation to his character.
The court made the ruling a short while ago and has awarded interest, which legal watchers have said could take the figure to at least $20 million.
Patterson had sued Hughes, who heads the news station Nationwide, in May 2010, claiming he’d been defamed and seeking millions of dollars in general, aggravated and exemplary damages. The claim is related to a news item aired by the station in 2009, ‎concerning an incident at the Norman Manley International Airport involving a Digicel charter flight which arrived from Cuba with Patterson.
Paul Henry