Commissioner of Police Dr Carl Williams and the Police High Command are strongly condemning the killing of Inspector Mark Gibbs, who succumbed to injuries he received in a hit-and-run on the Clarks Town main road in Falmouth, Trelawny, on Friday.

In a release from the Jamaica Constabulary Force’s Corporate Communications Unit, Dr Williams is quoted as saying: “Even as the JCF is mourning the loss of another member under such tragic circumstances, which seems to be a blatant attack on our members, I want to implore officers to remain resolute in the performance of their duties, be vigilant, take swift and decisive action to protect themselves, family, colleagues, and members of the public within the remit of the law”.

Inspector Gibbs was the sub-officer in charge of the Clarks Town Police Station in Trelawny.

Reports are that at about 4:51 pm, the inspector was part of a team conducting a vehicular checkpoint when he signalled the driver of a burgundy Toyota Corolla motor car to stop. 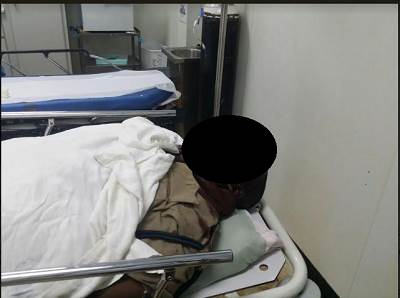 The driver reportedly disobeyed, mowed down the inspector on the side of the road and sped away.

The police inspector was taken to hospital where he was pronounced dead.

Investigators have since located the motor car hidden in bushes in the Clarks Town area. One man suspected to be the driver is now in police custody.

However, the police say his identity is being withheld pending further investigations.

Inspector Gibbs’ death is the second incident within the space of seven days where a motorist killed a police officer. Constable Mark Rose was hit by a motor vehicle while trying the cross the road in Jobs Lane, Spanish Town, St Catherine, last Friday.

The police are appealing to anyone who may have witnessed or has any information about any of these incidents to come forward by contacting Crime Stop at 311, the police 119 emergency number or the nearest police station.