CONDOLENCES TO TAPPA WHITMORE ON THE DEATH OF HIS SON 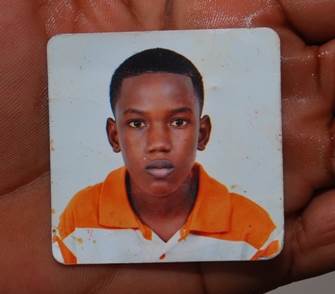 MONTEGO BAY, Jamaica — The son of former Reggae Boyz coach and player Theodore ‘Tappa’ Whitmore died as a result of injuries he sustained when he was hit off his bicycle in motor vehicle crash in St James Saturday afternoon November 9, 2013.

The police have given the identity of the deceased as 14-year-old Jouvhaine Whitmore of Retirement, St James.

Reports are that about 5:40pm a Pajero SUV was travelling along the Retirement main road when upon reaching an intersection, the driver lost control and slammed into a motorcar and a bicycle, both travelling in the opposite direction.

Young Whitmore, who was reportedly a Grade Nine Cornwall College student, was thrown off the bicycle and sustained injuries. He was taken to hospital where he was pronounced dead.