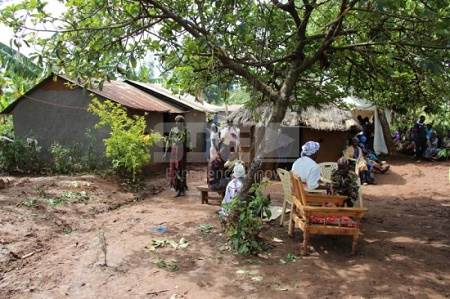 The family of Selpher Wanda from Ebuhayi village in Navakholo, said they sold their only parcel of land to cater for their daughter’s fee. Their daughter was among the 142 students killed in the attack. At the time of funeral, the family was mourning their daughter and land. Selpher’s mother, Rosina Nafuna is now asking the government to buy her land and build a house for her. “The government should buy for me land and construct a house as my daughter had promised,” said Nafuna. For Nafuna, she has lost everything as she sold her one acre piece of land, sugarcane and cattle to take Selpher to university. “I sold everything to ensure she joined university. I was hopeful that on finishing her studies, she would buy me a piece of land as she had promised, but the devil has taken her prematurely,” she said. She claimed that her daughter died as a result of the government’s negligence in handling security matters. See also: Why police plane picked my daughter-in-law “Terrorists killed my daughter because the government failed to protect Kenyans. It also went ahead to establish a college in a place that is insecure, thus making our children vulnerable to attacks,” claimed Nafuna. Selpher was a second-year student pursing a bachelor’s degree in education. She lost her father when she was still young and her paternal uncle Kanuti Barasa was her guardian.