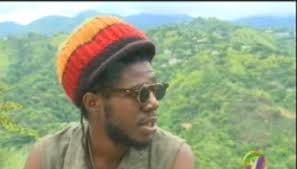 Chronixx Got A Beat Down in Paris France

At a reggae concert in Paris France at the La Cigale venue this past Sunday the 6th, the performers (Barrington Levy, Chronixx, Kelissa, Dre Island and French Roses Band) and their immediate parties were all asked to wear identifying armbands in order to have access to the stage and back stage areas. But according to an eyewitness, Chronixx and his party refuse to wear the armbands and proceeded to rough up the security guards. After his performance was over and unbeknownst to him, a group of guards with high powered weapons and baseball bats were waiting in the wings for them. It was reported that the beating that Chronixx and his posse suffered was horrendous, they ran for their lives and sought refuge in a chateau. The occupants of the chateau hid them and had to call for the French Authorities in order to save them.
Miss Joan, reporting from Paris, France.
A PLATINUM CAMP EXCLUSIVE

0 thoughts on “DEM SEH CHRONIXX GET A BEATING INA PARIS”