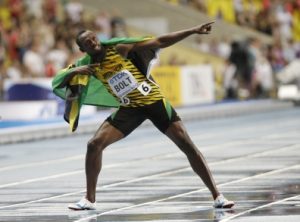 Usain Bolt still has at least of chance of keeping a relay gold medal that was stripped from the team.

The Court of Arbitration for Sport announced Friday that Jamaican sprinter Nesta Carter, whose positive drug test led to the 2008 Jamaican relay team being stripped of a gold medal, is appealing the decision.

“A CAS arbitration procedure is in progress,” the court said in a statement, via the Press Association and the Guardian. “First, the parties will exchange written submissions and a panel of three arbitrators will be constituted. The panel will then issue directions with respect to the holding of a hearing. Following the hearing, the panel will deliberate and at a later date, it will issue a decision in the form of an arbitral award.”

It is unclear how long the process will take.

Bolt, who has not been accused of any wrongdoing himself, was not happy to lose out on that gold medal, which had been the ninth of his Olympic career. There is at least a chance he gets it back.

One thought on “DEM SEH USAIN MIGHT GET BACK DI MEDAL”