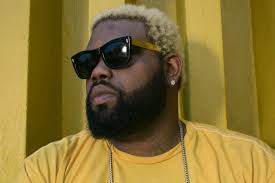 Ryno rubbishes clash with KipRich’s crew
Bjorn Burke, Staff Reporter
After reports of a series of disturbances at the 2014 staging of Magnum Sting stage show in Portmore, St Catherine, last Saturday morning, dancehall artiste Demarco has denied having any involvement in one such scuffle at the event.
This, following reports of an alleged altercation between Demarco and recording artiste Masicka.
“It has been brought to my attention that I was involved in an altercation with another artiste and his entourage. I would like to use this opportunity to vehemently deny the allegations being perpetuated by unscrupulous individuals seemingly aimed at sullying my reputation,” Demarco said in a release. “I was never involved in any fracas, neither verbal nor physical, and will never condone any acts of violence against anyone.
give an account
Neither I nor any member of my immediate team with the exception of my road manager, who was handling some business on my behalf, was at the venue during the time of the melee,” he said.
Demarco explained that he left the event immediately following his performance. He further stated he is unable to give an account of what transpired thereafter.
In a release on Saturday, Masika apologised to those who may have been injured during the incident.
“I really want to apologise to the fans, especially anyone who got injured because this is my first big moment at Sting, and it shouldn’t have ended up like that,” Masicka said.
Likewse, the management of deejay Blak Ryno has denied that he or any member of is entourage was involved in any confrontation.
In a release issued on Saturday, deejay KipRich claimed that members of Ryno’s crew attacked a member of his entourage following an onstage tussle between the artistes. But Ryno said the only confrantation he had was the onstage melee between him and KipRich. He said this happened because KipRich had refused to let him do his songs during the clash.
KipRich has since asked members of his entourage and fans not to retaliate against Ryno. “I am urging my fans not to retaliate in any manner because this is now a police matter,” KipRich said in the statement.
Anthony Minott photos