Jamaican Groupie I would like for you to post this text that I sent to mr small d**k negro that was featured on here before from Houston Texas about his d**k size.
He goes by the street name of Breed Ez. We f***ked once and this negro lasted for 8 minutes and expects for me to give him more p**y. His d**k is so small and short the condom was loose and hanging. That shit almost came off in my p**y. I’m mad I let him f**k me. Since then he has been calling me and asking for face time and pics of my p**y. So this is what I sent him yesterday.
He better GTFOH with that sharpie he calls a d**k. Them chicks wasn’t lying about his sharpie size. 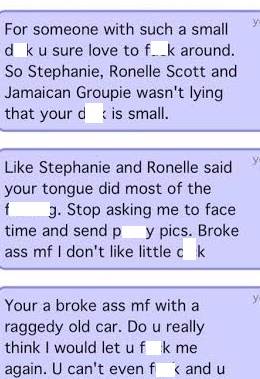