Drake shares his views on the killing of Alton Sterling by police. Sterling was shot several times as he was held on the ground by police who were responding to a call about a man who was said to have a gun. Drake says he calls the U.S his second home but he fears for his family and friends. …DRAKE SEH MORE LIFE..UP UP..RESPECT 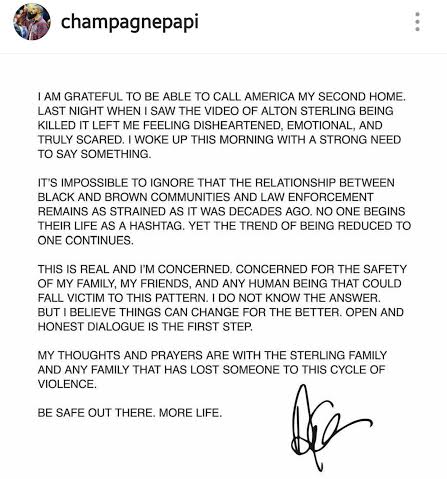 13 thoughts on “DRAKE SPEAKS OUT ABOUT ALTON STERLING’S KILLING”