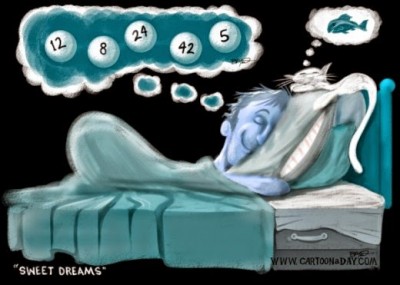 Greater insight into dreams concerning numbers
During the course of my intense study and analyzing of numbers in a dream, I have observe some
startling and very much interesting facts.
Many Christians and non Christians alike would be some what familiar with numbers in a dream from a Christian perspective such as the number 1, would symbolize oneness or union, while the number 2 could symbolize unity if it’s a good dream but it could also represent division if it’s a bad dream. The number 3 on the other hand can be compared to the number 7 in that it primarily represents completion of something, meaning nothing to be added or nothing to be taken away, everything is in place to complete whatever it is that’s being revealed in the dream. For example the number 3 would indicate three things must be in place to bring about completion in order for whatever it is to exist or function, such as Father, son and Holy Spirit, Past, present and future and Morning, afternoon and evening.
Most dream interpreters would reserve the interpretation of numbers in a dream to only what the number symbolizes such as what I have just explained above. Numbers however, will always have a far more greater meaning than just the symbolizing of them. In fact whenever numbers are mentioned in a dream there will always be two meanings to whatever that number is applied to in the dream, meaning whatever the number is applied to in the dream would be a symbol of a greater reality but more importantly the number will at the same time be revealing the accuracy and exactness of whatever it is and the time or season that it is allowed to complete its purpose . For example, the bible says to us that while Joseph was in prison for being falsely accused of rape, he met two men while in prison who both had dreams. One of these men were the chief Cupberer of the king while the other was the Baker of the king.
So the chief cupbearer told Joseph his dream. He said to him, “In my dream I saw a vine in front of me, and on the vine were “three branches”. As soon as it budded, it blossomed, and its clusters ripened into grapes. Pharaoh’s cup was in my hand, and I took the grapes, squeezed them into Pharaoh’s cup and put the cup in his hand.” “This is what it means,” Joseph said to him. “The three branches are three days. Within three days Pharaoh will lift up your head and restore you to your position, and you will put Pharaoh’s cup in his hand, just as you used to do when you were his Cupbearer” (Gen. 40:1-13). Therefore, the three (3) branches not only represented 3 days but the accuracy of it was that the Cupberer could not be restored to his position before the three days or even after the 3 days, instead the three branches represented a precise time.
Consequently, the dream concerning the baker didn’t pan out to well for him like his fellow prisoner the Cupberer. Scripture tells us that When the chief baker saw that Joseph had given a favorable interpretation, he said to Joseph, “I too had a dream: On my head were” three baskets” of bread. In the top basket were all kinds of baked goods for Pharaoh, but the birds were eating them out of the basket on my head.” “This is what it means,” Joseph said. “The three baskets are three days. Within three days Pharaoh will lift off your head and hang you on a tree. And the birds will eat away your flesh.” Now the third day was Pharaoh’s birthday, and he gave a feast for all his officials. He lifted up the heads of the chief Cupbearer and the chief baker in the presence of his officials: He restored the chief cupbearer to his position, so that he once again put the cup into Pharaoh’s hand, but he hanged the chief baker, just as Joseph had said to them in his interpretation (Gen. 40:16-22).
This understanding also holds true with the dreams of Pharaoh in Genesis 41:15-44, which spoke about the seven sickly cows that consumed the seven healthy cow and the seven sickly corn that consumed the seven healthy corn. In both dreams while the symbols of the cows and corn are revealing a particular state or condition the number in this case being the number 7 is revealing specific times that all of these events will take place.
Therefore, the dreams mentioned above has revealed to us that whatever a number is directed to or at in a dream, it is primarily indicating the accuracy of time or the period in which an event will take place. It is therefore of the utmost importance to always pay close attention to numbers in your dreams, simply because it’s pin pointing the accuracy of time for a certain event to take place and the period as to how long it will exist.
Written By: Kevin L A Ewing
[email protected]
kevinlaewing.blogspot.com
Posted by Kevin Ewing at 8:09 AM Links to this post
Email ThisBlogThis!Share to TwitterShare to FacebookShare to Pinterest
Labels: Dreams
Reactions:
Newer Posts Older Posts