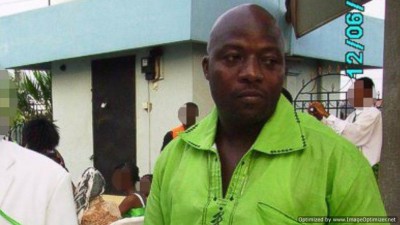 (CNN) — His family is devastated. The woman he planned to marry haunted by the “what ifs.” And many are wondering why Thomas Eric Duncan died when several other Ebola patients treated in the United States survived.
Duncan was hospitalized eight days after he arrived from Liberia, and later tested positive for Ebola. He died Wednesday, but not much is known about his medical history.
Here are six ways his case differs from other patients in the U.S.:
Unlike the American patients, who were quickly tested and quarantined at the first sign of Ebola, Duncan wasn’t.
Duncan arrived in Dallas from Liberia on September 20, and he made his initial visit to Texas Health Presbyterian Hospital on September 25.
He was treated for a fever, vomiting and abdominal pain — all symptoms of Ebola. But he was sent home with antibiotics and was not screened for the virus. Relatives say he told hospital staff he’d come from Liberia.
Three days later, he was hospitalized in worse condition and was quickly isolated. He became the first case of the deadly virus diagnosed on American soil.
“What if they had taken him right away? And what if they had been able to get treatment to him earlier?” said pastor George Mason of Wilshire Baptist Church in Dallas.
He didn’t get an experimental drug immediately
Duncan received experimental medicine on October 4 — six days after admission to the hospital. It was a far longer wait than four other Ebola patients treated in the United States. Those patients — two each at Atlanta’s Emory University Hospital and the University of Nebraska Medical Center — got experimental medicine immediately. They’re all U.S. citizens; Duncan was a Liberian.
His family is claiming bias.
“We feel he didn’t get the medicine and treatment for the disease because he’s African and they don’t consider him as important as the other three,” said Josephus Weeks, his nephew.
Not so, the hospital says.
Since the drugs are still experimental, individual hospitals have to file the paperwork with the Food and Drug Administration for permission to use them. The hospital declined to tell CNN when it filed for permission.
He got a different experimental drug
Duncan got the experimental drug Brincidofovir.
Chief: Deputy was in Ebola victim’s home
U.S. to check travelers for fevers
CDC: We can’t get U.S. Ebola risk to zero
Two of four patients who survived after treatment in the U.S. received a different drug, ZMapp. Experts say there’s no proof that ZMapp or any drug is effective in treating Ebola. A Spanish priest infected with Ebola died after taking it in August.
The Centers for Disease Control and Prevention said ZMapp stocks have since been depleted.
A third American patient received TKM-Ebola — another experimental drug approved by the FDA recently for wider use.
The fourth one, NBC cameraman Ashoka Mukpo, who got infected in Liberia and was airlifted to Nebraska on Sunday, got the same drug as Duncan.
Ebola drugs are in the works
The hospital treating him had no advance notice
The Atlanta and Nebraska facilities knew in advance they were expecting Ebola patients, a crucial element for a disease so rare in the United States.
Hospitals that took care of the four are also among the most well-equipped nationwide to battle the deadly virus.
Despite lack of notification, Texas Health Presbyterian Hospital said Duncan got top-notch care and his medical team consulted daily with the CDC and Emory.
Information on his case has been muddled
Details on Duncan’s background have not been as clear-cut.
His relatives said he made it clear to the hospital that he had just come from Liberia. His symptoms pointed at Ebola, they said.
Initially, the hospital said Duncan was “not exhibiting symptoms specific to Ebola” when he first went to the hospital. And, they said, details about his travel history weren’t communicated to doctors.
But later, the hospital said a flaw in electronic records had kept doctors from seeing his travel history. Then it said his travel history had been documented and was available to his care team.
Family believes his insurance status played a role
Duncan had just arrived from Liberia to visit his girlfriend and son, and probably had no insurance.
The Rev. Jesse Jackson, who’s serving as a spokesman for the family, said that was a concern.
“I would tend to think that those who do not have insurance, those who do not have Medicaid, do not have the same priorities as those who do,” the civil rights leader said.
But the hospital denied the claim.
Duncan was treated like everyone else, “regardless of nationality or ability to pay for care,” Texas Health Presbyterian Hospital said.
CNN’s Elizabeth Cohen contributed to this report.