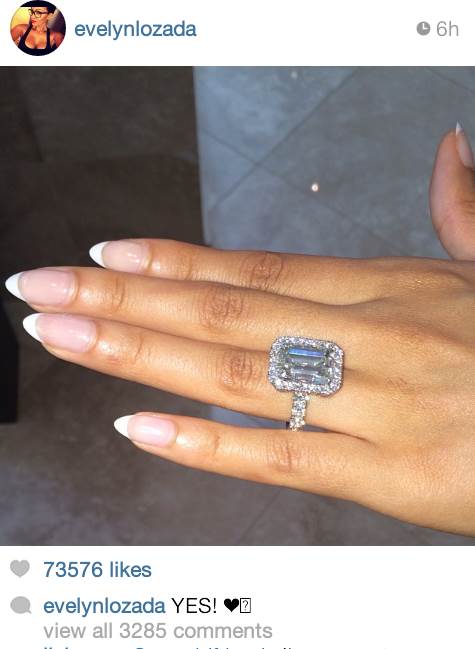 Evelyn Lozada is switching sports allegiances — and getting married to boot.

Lozada, who is seven months pregnant with Crawford’s child, is coming off a short-lived marriage to former football star Chad (Ochocinco) Johnson.

She filed for divorce shortly after the August1 2012 incident.

Lozada had become entangled with Johnson on the rebound after a 10-year relationship with NBA forward Antoine Walker. She also has a daughter, 20-year-old Shaneice Lozada, from a previous relationship.

According to TMZ, Lozada had been dating her new All-Star beau in secret for nearly a year.

The Brooklyn-born Lozada broke the news on her Instagram account, posting a picture of a gargantuan 14.5 carat diamond engagement ring on her finger with the caption, “Yes!”