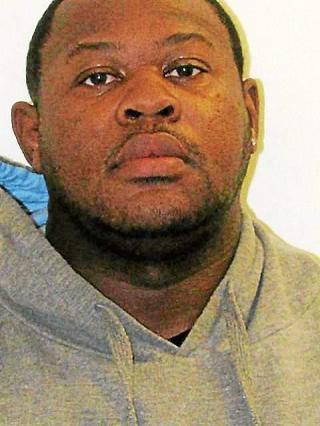 A 41-year-old Mount Laurel man arrested last year at the Cherry Hill Mall was sentenced to 16 years, according to the New Jersey Attorney General’s Office.
James McBride was sentenced to 16 years for his role in a drug ring that was shipping cocaine through the parcel delivery services.
McBride was arrested during the “Operation Next Day Air” investigation, which began in 2011, in after he took delivery of a box containing three kilograms of cocaine in the suburban shopping center’s parking lot in March 2013. McBride was arrested along with Sidonie McLeod, 29, of Cherry Hill. She allegedly delivered the cocaine and was arrested at the scene.
McBride was indicted January 10, 2014, along with 14 other alleged members of the alleged international drug ring. He pleaded guilty on Oct. 20. The state attorney general’s office said that the alleged leaders were also arrested.
The New Jersey Attorney General’s (NJAG) office named the leaders as Jamaican recording artist Andrew K.K. Davis, 36, of Kingston, Jamaica, who records under the name “Flippa Mafia,” and his brother, Kemar Davis, 24, of Hollywood California.
The NJAG said the multi-agency investigation, which was led by the New Jersey State Police, the United States Drug Enforcement Agency and the Division of Criminal Justice, recovered more than 26 kilograms of cocaine worth around $780,000, two handguns, and more than $500,000 in cash.
According to the release, the investigation targeted the ring’s shipment of cocaine through parcel delivery services to New Jersey, which was destined for bulk distribution among narcotics suppliers and dealers. The NJAG said that Andrew Davis, along with his brother Kemar, led the ring from various locations in Jamaica, California and New Jersey.
The Davis’ face pending charges including leading a narcotics trafficking network in the first degree. That charge carries a 25-years to life sentence in state prison if the pair are convicted. The NJAG’s office said that the indictment is pending against most of the other defendants who face charges that include first-degree conspiracy to distribute cocaine and launder money. If convicted, those defendants face a prison sentence of 10 to 20 years.