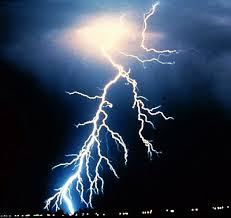 CLARENDON, Jamaica – Fifty-three-year-old Clarendon fisherman Louwerton Vidal was struck by lightning at sea on Saturday while, also in Clarendon, 18-year-old Alex Morgan of Savannah Cross was electrocuted at a business place in Lionel Town.
Reports from the Hayes Police are that about 9:20 pm Morgan was allegedly trying to remove copper from a utility pole and was electrocuted.
Meanwhile the Lionel Town Police said that Vidal was brought to shore about 9:30 pm where he was observed with severe burns on his upper body reportedly from a lightning strike. He was taken to hospital where he succumbed to the injuries.
Investigations into both incidents are ongoing, the police say