GIRLS KIDNAPPED AND FORCED TO HAVE S*X WITH MEN 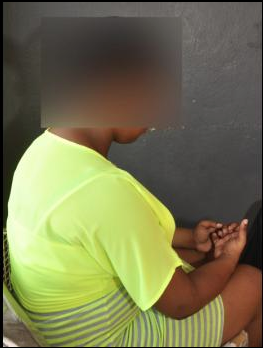 After being missing for four weeks, a girl attending a prominent Corporate Area high school tells a chilling tale of being abducted and forced into prostitution, which could give some insight into where some of 4,394 children that have gone missing between January 2013 and March 2015 might be ending up.

The police, along with the Child Development Agency, have commenced investigations into the matter since it was brought to their attention yesterday by The Gleaner to ascertain the credibility of the young girl’s story.

Fourteen-year-old Shanique* went missing on April 8 after attending a counselling session at the Victim Support Unit, sending her mother into panic mode, because, although she had slept out overnight on two previous occasions, she had never been away from home for so long.

Shanique, who hails from one of St Andrew’s inner-city communities, in a changing story said she somehow ended up in Clarendon. There is where Shanique’s ordeal reportedly started, as she claimed to have boarded a car, with one other girl in it, to make her way back to Kingston. She said it had a ‘funny smell’, as though there was something coming from the A/C and that made her feel sleepy.

“The driver stopped at this building that looked like a church, but it was built with board. He came out and said to give him a minute and went to the back of the church and came back with three other guys who had weapons (knives), and said that we were supposed to come out,” Shanique said.

When she went into the building, she saw several other girls in various rooms, she said. The room she was placed in had approximately 12 girls, “some 11, 12, 13; the oldest one, I know she was 17”.

Shanique added: “There was a big woman there, who is not like us, she is around 18 or 19, and the other girls said she was there from she was young. So they use her to put on the makeup and stuff.”

The “makeup and stuff” that Shanique makes reference to was to prepare them up for the club which, she said, they were forced to work in at nights as waitresses, pole dancers and to have high-risk sex with numerous men.

“From the second day, which was the Thursday in the night, they gave us some clothes to wear, like what they wear at nightclubs,” Shanique shared. “They just put their hands in front of our face and we would fall asleep and don’t know what happened, then we just find ourselves at this nightclub with different, different guys there and we had to dance on poles and stuff, and if we didn’t do it, they would beat us, box us and choke us.”

Shanique said she and the other girls were forced to relive this nightmare each night for the 20 days she was held captive. Shanique said the men who frequented the club looked like working-class individuals, with some appearing to be foreigners, as they had accents and did not look like locals.

Shanique told The Gleaner that the girls also had to have sex with their captors or face dire consequences.

“There is a long metal thing that they would heat up, and if we don’t listen to them or try to fight them back, they would stab us with it or so,” Shanique said. “I didn’t want to have sex with one of them and I was there fighting him off, and when he burned me with it, I didn’t want him to burn me again so I did it. They choke me and they slap me in my face and t’ump me when I didn’t want to do what they want me to do.”

She said the girls’ most substantial meal was crackers and bag juice, and they had to sleep on sponges on the floor or just sheets and were threatened that if they tried to escape, they would be killed and dumped in bushes or in the sea.

Shanique claimed that she and two other girls were able to escape last week after an argument between her kidnappers distracted the men who stood guard.

“Last week Tuesday or Wednesday, one of those days, a fight happened in the night, and just because they shot somebody, the people who were standing at the door and preventing us from going outside, ran into the same room where the incident happened and that allowed us to run out.”

She said they made their way back to Kingston and stayed at one of the girls’ cousin’s house in Denham Town, before she went to the Kingston Central Police Station on Saturday and made a report.

“Immediately, she should have been taken to CISOCA by the cops who took that report. It is unfortunate that something like that happened and nobody bring it to my attention and treat it so trivial, because this is a trafficking in person,” commanding officer of the Kingston Central Division, Superintendent Michael Scott, told The Gleaner.

Shanique, who turned up at the station very skimpily attired, was, however, released into the custody of her mother.

Scott, however, sent a team to the child’s house yesterday, after being contacted by The Gleaner and both mother and daughter were taken to CISOCA, which is now investigating.