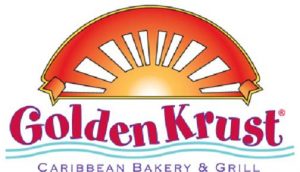 NEW YORK, (CMC) – The owners of the popular Golden Krust food chain in the US have filed a lawsuit to stop a rival Jamaican food company — Silver Krust — from partially using its name.
In papers filed in Manhattan Federal Court Friday, Golden Krust says it’s been “among the most successful minority owned businesses in the country” since opening in the 1990s, and the knockoff is hurting its reputation.
“Without plaintiffs’ knowledge or approval, defendants set up a competing Caribbean food restaurant they, not coincidentally, called Silver Krust,” the suit says.
“Defendants use the distinctive K in misspelling KRUST, and have merely substituted Golden with Silver in coming up with” their name, the suit adds.
Golden Krust claims that Silver Krust sells some of Golden Krust’s products, and “have gradually expanded their Silver Krust restaurant locations so they have become closer and closer to genuine Golden Krust restaurants,” according to the lawsuit.
There are currently six Silver Krust restaurants in Brooklyn and Queens, the lawsuit says adding that there’s been “actual confusion about the relationship” between the two chains.
The suit claims that when Golden Krust communicated with Silver Krust about the problem, a representative for Silver Krust “readily apologized” for the name, but has failed to change it.
Golden Krust wants a court order forcing Silver Krust to change its name and to grant unspecified money damages for the “blatant infringement of their trademarks.”
Silver Krust lawyer Bruce Colfin said he’s yet to see the lawsuit, adding that the dispute is “more complicated than it sounds.”
He told the New York Daily News that Silver Krust has “been in business for several years,” and that Golden Krust should have spoken up earlier.