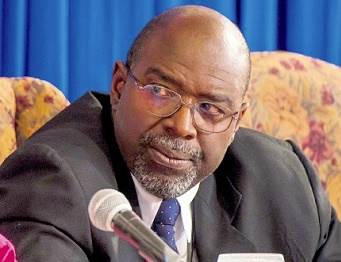 CABINET has issued drafting instructions for changes to be made to the Child Care and Protection Act (CCPA) to deal more harshly with parents whose neglect lead to the abuse, exploitation and death of their children.

Harsher prison sentences are also to be imposed on those who kill children and commit sexual and other violent crimes against them.

New provisions are to be included in the CCPA that will put more responsibility on parents, and address the issue of neglect. Also, these types of cases are to receive special attention to enable them to move through the court system swiftly, minister responsible for information, Senator Sandrea Falconer, told yesterday’s Jamaica House press briefing.

Director of legal reform in the Ministry of Justice, Maurice Bailey said that, although some of the proposed provisions seem similar to ones which already exist in the CCPA, the amendments would put more pressure on parents to protect their children. He said the existing clauses of the CCPA that deals with neglect, “lumps it in with a series of other things”.

Said Bailey: “The difference this time is that it singles out and highlights that specific responsibility of the parent. This provision seeks to highlight and make it very clear that there are consequences that follow. It is not entirely new; it’s an enhancement of what is there.”

At the same time, people who murder children or commit sexual and other egregious crimes against them could face twice the amount of prison time that would usually be handed down for certain types of crime. They could also find themselves faced with life in prison.

“If (for example) the maximum penalty for an offence is a term of imprisonment for a period of 10 years or more, the courts will be empowered to impose an additional term of imprisonment not exceeding 10 years, ,that the court would impose were the victim not a child,” Bailey told reporters.

He said further that if the customary sentence for an offence is more than 10 years, the court could hand down a judgement of life imprisonment for such a crime committed against a child, depending on the nature of the offence. “It is within the purview of the judge to determine what is the appropriate penalty,” Bailey stated.

He explained further that if the maximum sentence for a particular offence is less than 10 years, the court can impose an additional term not exceeding half of that penalty. The provision, which is to be inserted in the Criminal Justice and Administration Act will, therefore, see crimes against a child that are deemed as having “aggravating features” resulting in a substantial increase in the number of years for which a person is sentenced. These types of offences include murder and rape.

Bailey said, however, that enforcement will be heavily dependent on persons in the community reporting cases of child abuse. In order to expand the reporting mechanism, he said, changes will be made to the CCPA to allow persons to directly report cases to the Child Development Agency, the Office of the Children’s Advocate, and the police’s Centre for the Investigation of Sexual Offences and Child Abuse, instead of being routed through the Office of the Children’s Registry. He noted that communities will also have access to more areas where reports can be made.