BRILLIANT BOY AIMS TO HELP OTHERS

Eleven-year-old Dean Farquharson, who hails from White Horses, St Thomas, is from a family of very little means, but what he lacks in wealth, is made up for in his brilliance.

Although he is overwhelmed with joy, there is a possibility that he might not attend the school in which he has been awarded a place.

His mother, Mavis Campbell, who is a single mother of 11 children, sells ground provisions in Kingston, and sometimes cannot afford to send him to school.

She told THE WEEKEND STAR that many persons have encouraged her not to send Dean to Ardenne, because of the additional financial burden. However, she admitted that would break her heart.

“I have 11 children and he [Dean] is the 10th one. All others passed for schools within the area, and him alone passed for a school outside of his area,” Campbell explained.

She added that it would make her extremely happy if she could get assistance to send her son to the school of his choice because she, and many others see great potential in him.

“Yesterday, I went to his basic school and I told his teacher about his results. She said that she knew that Dean would have made it because for him little he has always been doing excellent in his schoolwork,” Campbell said.

Throughout his tenure at the Trinityville Primary School, Dean remained the top student in all his classes, and on graduation day, his tiny hands could hardly hold all the trophies and awards he collected. 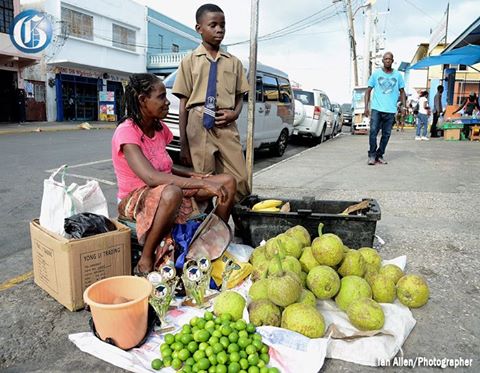 Little Dean told THE WEEKEND STAR that he wants to become a scientist or medical doctor.

“So that I can help others because I know what it is like to be helped,” Dean said.

He added that he is looking forward to attending Ardenne High in September.

“I felt glad when I found out that I passed for Ardenne High School because I worked very hard. During the GSAT period, I stayed by my principal because she was willing to help me study,” he shared.

However, Dean said he understands that his mother does not have the money to send him to a school outside the parish.

2 thoughts on “HE NEEDS HELP”