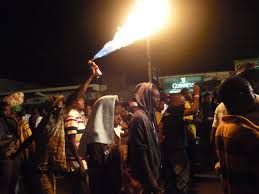 It is often seen as a sign of narcissism, of being full of self-importance. For instance, Agatha Christie’s Belgian Detective, Hercule Poirot, is always making comments like “Hercule Poirot, he is always right!” This is used for comic effect a little by the author, a joke at his puffed-up ego.

Bob Dole is the most well-known person who spoke this way, as in “You can trust Bob Dole”. Ironically, this probably made people trust him less.

Another reason people can speak of themselves in the third person is exactly the opposite, to show their humble status. For instance, “Your slave awaits your orders, O Master”. It’s as if the person does not exist as an individual in their own right, but only as the property of this other person. In this case, the person doesn’t use their own name, but rather the role they play for the other person.

A third, and similar, instance of referring to oneself in the third person is displayed when a robot or computer speaks of itself. “This unit is malfunctioning” for instance. This is to show the robot does not have a sense of self that would enable it to use the world “I”. If a human being does this, they usually need some psychological help. However, sometimes people will do it ironically, to reflect what other people might say about them. “This old lady is a darned nuisance, huh?”

A fourth, and somewhat disingenuous motive, is to make something appear to be an objective account when it is actually your own opinion. Referring to yourself as if the person speaking or writing is someone else makes it sound less biased.

A fifth, and sometimes tragic, reason may be a psychological need to separate oneself from one’s own experience, because it is so painful. Alternatively, someone is speaking of actions they have carried out that clash with their own self-image so badly that it is too painful to say “I did that”.