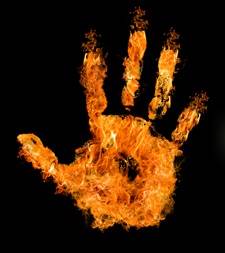 This is the order of the day to Ms F*cky F*cky married woman:

Let me start off by saying that I had made a comment on your so-called friend’s page the a few days ago and you came at me. That is the friend I heard from people that you talk a lot of shit about day in and day out. I could have responded to you, but choose not to embarrass the shit out of you for the world to see, so I decided to inbox you. I knew of you through my brother, people around and 2 days ago my ex, and I have seen you at parties. I wasn’t sure where you were coming from with your comment and then I realized that you were all talk. Lemme break it down to you in case you forgot. The thing with you is that you think people don’t know about your extra extra marital affairs. But I know enough. Remember one of the dudes (yes one of because you f*cked many) you were f*cking over highway 6? Well he is my brother, yes he sure is 100%blood. And check this one out, remember the dude that you begged to suck his d*ck and f*cked him so that he can pay for Botox for your drooping face, well he is my ex that I was with for 6 years, surprise surpise. I didn’t know he messed with you until I told him about your FB comment on Wednesday. You wrote on your wall saying shit like how you love your fam and blah blah, but if you love your family so much, why do you f*ck and suck so many men outside of your marriage? You even went as low (no disrespect ) as to f*ck the old dirty man, before and during your marriage. Does your friend know that you are f*cking her man too? You love to run your mouth, but the proofs are definitely in the pictures. It is your p*ssy but to sleep with all those men during your marriage shows you have not one ounce of p*ssy principle. I had to let you know who the f*ck you are because you seem to forget. You are a married woman with no shame. A married woman should only open her legs to and for her husband, point blank period, and end of story. If you didn’t come at me on FB you wouldn’t hear from me and I wouldn’t have found out that my ex f*cked you. Now let’s get this shit popping. This was also in-boxed to you via fb. I’m waiting on your response so that I can have G Money inbox you the proofs.