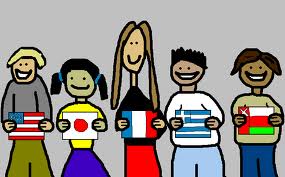 Keep Us Free From Evil Powers’ – Local Groups Blast International Bodies For ‘Sexualising’
Darien Robertson
Members of the audience viewing a screening of the documentary ‘The War on Children: Exposing the Comprehensive Sexuality Education Agenda’.

Sharp exchanges and pointed accusations marred what was planned as a discussion of alleged covert attempts to sexualise Jamaica’s children as some of the country’s key sex and reproductive health entities sought to defend themselves.

The entities were facing charges by a church lobby group, which claimed that international agencies were working with local entities to facilitate the sexualisation of children.

They claimed that the children are being exposed to these areas through the controversial Health and Family Life Education curriculum in Jamaica.

West and Bridge related their concerns during a public lecture dubbed ‘Keep us free from evil powers: How international agencies are sexualising our children’ at the Covenant City Church in St Andrew last Tuesday evening.

The highly publicised lecture drew the attention of not only churchgoers, but also local representatives and affiliates of some the named organisations.

“What we are standing against is the advocacy for sexual nihilism and anarchy that is clearly coming out of places like the United Nations and their various subsidiaries and the … International Planned Parenthood Federation,” said Dr West, who has been a vocal figure in the call for the preservation of the traditional Christian values in Jamaica.

The relatively large venue was packed to capacity within just 30 minutes of its 5:30 p.m. start time as both Christians and non-Christians came out to listen.

Among the first to mount an objection to some aspects of the presentation was the president of the Family Planning Association (FAMPLAN), Sonia Folkes, who defended the integrity of the 60-year-old organisation despite its affiliation to the IPPF.

“FAMPLAN is in no way, shape or form associated with abortion at all. I think we have been given a bad, bad rep because of our affiliation with IPPF,” she said.

Chief Executive Officer of FAMPLAN Jamaica Rachel Ustanny also sought to clarify a few things when she too took the microphone during the question-and-answer section.

“One of the things that I have been quite disappointed with in this forum is the fact that there was no, what I would call, objective space. All the presentations, all the general deliberations from the head came from one perspective, and because they came from one perspective, there was no room for critical analysis and for a proper assessment from the other side,” she said to loud cheers from a section of the audience.

“The perspective of comprehensive sexuality education that was presented here was based on misinformation; was highly flawed and it creates …,” said Ustanny before she was cut short by objections mounted by another section of the audience.

Sensing that the atmosphere was becoming hostile, West was forced to step in at this point to defend Ustanny.

“Let me protect the lady, please. I’m going to protect her. Is that all right with you?” he asked as he stood between her and the attendees.

Novia Condell from UNICEF and Marion Scott, an official from the Ministry of Health, also had their fair share of things to say.

Meanwhile, Scott said everyone needed to work together to find solutions to reduce the country’s worrying adolescent pregnancy rates.

West agreed that there was indeed a need for more discussions on the issues and pointed out that he tried to be fair by inviting the public to participate in the discussion.

“We played fair, and I want to say that we advertised to the public. We said what we were going to speak about, and anyone who wanted to challenge what we were going to say was free to come and do so, and as you have realised, persons from certain groups have made themselves available to come and do so, and yet we have not heard from them that what we are saying is not true,” he said.

Minister of Education, Youth and Information Ruel Reid has since indicated that he has taken note of public concerns raised about the appropriateness of comprehensive sexuality education material in certain textbooks used in schools.

Reid said he has ordered an investigation to determine whether the publications are approved by the ministry and if their content is appropriate.