ITS A DONE DEAL- GOOD MORNING 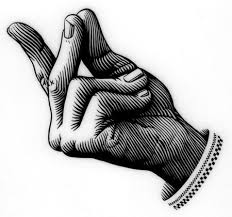 It’s a done deal!
I’m inspired by the Holy Spirit to tell someone that even though God has set you free spiritually from your spiritual bondage that has produce sickness, poverty, confusion and the like, the Enemy has manipulated you into believing that because certain things have not change physically, it would suggest that freedom from these things haven’t been achieved at all.
The Lord said to remind those that are having challenges in this area, the word of the Lord in Daniel 10. To condense this scripture, Daniel was on a fast for 21 days, and it appeared as if his prayers were not making a difference. However, when the Angel of the Lord finally visited Daniel, the Angel clearly said to Daniel, “The lord heard your prayers and acknowledge your fasting from 21 days ago. Meaning from the first day Daniel started out on his fast God heard him.
Now here is where it becomes interesting, the Angel said, “The prince of Persia hindered me”, Now, let’s be clear in regards to this statement made by the Angel. The Angel is saying that a high ranking demon also known as a principality that ruled the territory of Persia delayed him in his travel to Daniel. The Angel is a spirit being likewise the prince of Persia is a high ranking demonic spirit. It was only when Michael one of the chief angels of God also a spirit being interrupted the struggle between the messenger of God (The Angel) and the prince of Persia,that the Angel was released into the natural realm to reveal to Daniel what God want him to know.
Just on this understanding alone, say to God right now, “Lord I know you have heard and answered my prayers, therefore whatever principality over my region and territory that has been delaying your messengers that were sent to deliver me, I send the judgement fire of God against them and command them to be paralyze in the spirit realm and never to hinder your blessings for my life in the name of your son Jesus Christ!”
My point in this Holy Spirit inspired revelation is simply this, IF YOU DEPEND ON WHAT YOU SEE I N THE NATURAL YOU WILL ALWAYS BE MISGUIDED AS TO WHO AND WHAT IS WORKING ON YOUR BEHALF IN THE SPIRIT!
The lord said based on the above example, stop waiting for spiritual freedom, this has already happen, it is time you begin behaving as if you’re free. There are three stages to true freedom. Primarily you become spiritually free, then mentally free and these two together if you believe will produce physical freedom from sickness, poverty and the likes.
God has already delivered you (past tense) He’s now waiting on you to believe what he has already done in terms of what you’ve been asking for. Yes! The enemy will still try to fight tooth and nail to regain what he has lost but it will certainly be your behavior that will be the PROOF OF WHAT YOU BELIEVE GOD HAS DONE!
Written By: Kevin L A Ewing
[email protected]
kevinlaewing.blogspot.com

0 thoughts on “ITS A DONE DEAL- GOOD MORNING”