JAMAICA BEHIND IN GANJA FLAVOR 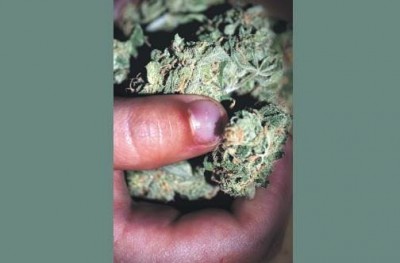 In the near future Jamaica could be importing cannabis (ganja) from the United States, says Ethan Nadelmann, founder and executive director of the Drug Policy Alliance, the leading organization in the United States promoting alternatives to the war on drugs.
“Consumer tastes have shifted from outdoor growing, which is what you do in Jamaica, to indoor growing (which is being done in the United States),” Nadelmann said in his keynote address at the Negril Chamber of Commerce’s Gala on Saturday night at the Couples Swept Away Resort.
“If you guys in Jamaica don’t get your act together soon, you are going to be importing ganja from America…better start moving because the world is going to leave Jamaica behind,” he told the guests.
He said that efforts being made in Jamaica to legalise the drug for medicinal and religious reasons was moving forward at the pace of “Jamaica time”.
“You know, at some point, Jamaica time becomes out of time. If you want this to happen, it gotta happen now. I know that the nations in the region are not used to providing global leadership, but its got to move forward quickly and it’s got to move forward with collective action in this country if something’s going to happen,” he suggested.
Nadelmann says that the United States government has been forced to become more flexible on the issue of how regional governments interpret the international conventions on the use of the drug, because the provisions contradict treaties on development, health and human rights.
He said that this has been manifested in the results of referendums on its use in a growing number of American states.
He added that this development has given nations in the region an opportunity to move forward, in terms of amending legislation restricting the use of drug for medicinal and recreational purposes.
Nadelmann plays a key role as drug policy advisor to billionaire George Soros, and other prominent philanthropists, as well as elected officials ranging from mayors, governors and state and federal legislators in the US to presidents and cabinet ministers outside the US.

0 thoughts on “JAMAICA BEHIND IN GANJA FLAVOR”