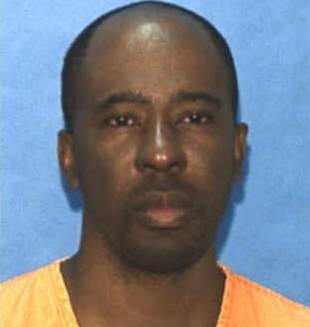 FLORIDA, USA (AP) — A drug trafficker who placed a pipe bomb in a gift-wrapped microwave oven in a plot to kill two potential murder witnesses was executed for the 1992 death of a Florida highway officer who became the unintended victim.

Paul Augustus Howell, 48, was pronounced dead Wednesday evening following a lethal injection at the Florida State Prison in Starke, the office of Gov Rick Scott said in an email.

Howell, a native of Jamaica, was condemned for the killing of Jimmy Fulford on February 1, 1992, when the package exploded during a traffic stop.

When the prison curtain opened revealing the execution witnesses, Howell opened his eyes wide and lifted his head to stare at those gathered. He began praying. Asked if he had any words, he apologised to Fulford’s family and gave a two-minute statement detailing the events of the crime and placing blame on a friend for letting the bomb go off.

No one from Fulford’s relatives witnessed the execution or gave a statement.

Howell built the bomb in his home and placed it in the microwave oven, court documents stated. He then paid another man, Lester Watson, US$200 to deliver the box to a woman who, along with a friend, could tie Howell to a drug-related murder, according to the records.

But Fulford pulled Watson over for speeding, and the bomb was never delivered to the intended target. Instead, Watson was arrested after giving a false name and birth date. Watson also gave Fulford permission to search the car rented in Howell’s name.

When the 35-year-old officer opened the package and looked to see what was in the microwave oven, the bomb exploded.

The blast was so strong that it left a depression in the roadway.

Had the blast occurred in Tammie Bailey’s apartment — the woman who was supposed to have received the bomb — it would have been powerful enough to blow out doors and walls, potentially killing anyone in the apartment as well as neighbours, according to court documents.

Fulford’s death prompted a state and federal investigation that broke apart a drug ring and led to the indictment of 28 people.

Howell was sentenced to life on federal drug charges.

His lawyers had filed an unsuccessful appeal Tuesday to the US Supreme Court, arguing that a new drug Florida uses for executions wasn’t tested for that purpose. This was the fifth execution in the state using the new drug, midazolam hydrochloride, as part of a three-drug mix.

Howell’s brother Patrick, who helped him build the bomb, was convicted of first-degree murder and sentenced to life.