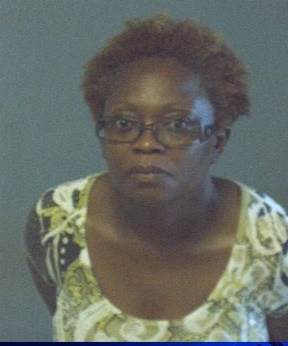 Atlanta News, Weather, Traffic, and Sports | FOX 5
A woman convicted by a DeKalb County jury of murdering her husband was sentenced to life in prison by a judge Thursday morning.
Pamela Ballin turned herself in at the DeKalb County Jail on June 26th, according to her defense attorney Keith Adams.
The action by Ballin comes after an order by DeKalb Superior Court Judge Mark Anthony Scott and follows intense criticism by the victim’s family.
A DeKalb County jury convicted Ballin of malice murder, felony murder and aggravated assault for the December 2009 murder of her husband Derrick at their home.
At the time of the incident, Pamela Ballin told investigators that men broke into their Stone Mountain home and killed her husband.
But in February 2010, DeKalb County police arrested and charged Pamela Ballin for the murder.
Police became suspicious of Pamela during their investigation because they learned Derrick Ballin had taken out a $750,000 life insurance policy and also learned of his wife’s infidelity.
Immediately after her conviction, Ballin was granted bond until her July 17th sentencing.
Ballin’s family reached out to FOX 5 reporter Aungelique Proctor and expressed their outrage with her release last week, demanding that DeKalb County authorities reexamine her release.
DeKalb County District Attorney Robert James filed motions requesting an emergency hearing on the issue.
In his order, Judge Scott wrote “The court did not intend to release Defendant Pamela Ballin into the community with no bond.”
Judge Scott also wrote that Ballin had not secured a bond with a bonding company.

0 thoughts on “JAMAICAN WOMAN SENTENCED TO LIFE FOR KILLING HUSBAND”