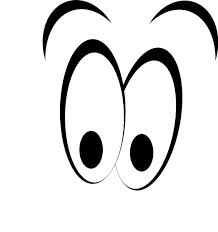 Laws against male same-sex sexual activity
Jamaica’s laws do not criminalize the status of being LGBT but instead outlaw conduct.[3]:page: 97 The Offences Against the Person Act (OAPA) provides as follows:
Section 76. Unnatural crime. Whosoever shall be convicted of the abominable crime of buggery … shall be liable to be imprisoned and kept to hard labour for a term not exceeding ten years.[4]
Section 77. Attempt. Whosoever shall attempt to commit the said abominable crime, or shall be guilty of any assault with intent to commit the same, or of any indecent assault upon any male person, shall be guilty of a misdemeanour, and being convicted thereof, shall be liable to be imprisoned for a term not exceeding seven years, with or without hard labour.[4]
Section 79. Outrages on decency. Any male person who, in public or private, commits, or is a party to the commission of, or procures or attempts to procure the commission by any male person of, any act of gross indecency with another male person, shall be guilty of a misdemeanour, and being convicted thereof shall be liable at the discretion of the court to be imprisoned for a term not exceeding two years, with or without hard labour.[4]
“Gross indecency” is not defined by the OAPA but has been interpreted as “referring to any kind of physical intimacy”,[5] including merely holding hands.[6]
Section 76’s prohibition of buggery was not widely enforced in 2012.[2] However, according to Human Rights Watch, regardless of how often persons are convicted of buggery or gross indecency, “the arrests themselves send a message.” The Jamaican press publishes the names of men arrested for those crimes, “shaming them and putting them at risk of physical injury.”[7] The gross indecency law in Section 79 made LGBT persons “vulnerable to extortion from neighbors who threatened to report them to the police as part of blackmailing schemes.”[2]
Section 80. Other matters. Any constable may take into custody, without a warrant, any person whom he shall find lying or loitering in any highway, yard, or other place during the night, that is to say the interval between 7 o’clock in the evening and 6 o’clock in the morning of the next succeeding day, and whom he shall have good cause to suspect of having committed, or being about to commit any felony in this Act mentioned, and shall take such person, as soon as reasonably may be, before a Justice, to be dealt with according to law.[4]
Police have great discretion in detaining individuals under Section 80. This and other laws are used as a pretext by police to detain men who do not conform to gender roles, and women who have sex with women are also targeted for arrest.[3]:page