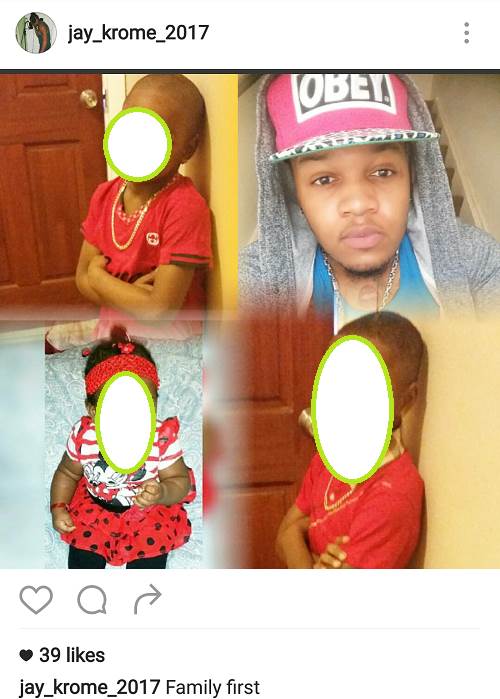 Good day met
Just saw a post about Jaykrome on the wall and was like he don’t have no daughter because he’s f***g my friend and told her he only got two sons. Went on Instagram and saw this pic she’s a beautiful little girl. Not sure who the mother is tho because him wild like fruitless tree. But if that b**ch is f***g British bling she’s nasty as f**k because that’s your baby daddy best friend. Well he told my friend British stop talk to him over f**ky. When I ask British him seh Jaytee r Jaykrome whenever that p**y calling himself is a bad minded dirty heart boy suh mi cut that off not sure what went down with them. Just last week british post a pic with both of them still so I don’t know ooooooo.
Baby mother number two who ever u are if u really follow Inna puchie foot step I hope British wife u up. Because puchie a dose wife fi life and dem nah left