What is your name and how old are you?
My name is Lolita Beckford and I am 30 yrs. old.

How would you describe your music?
I would have to describe my music as Hip Hop. My writing started off as poetry and evolved into Rap. 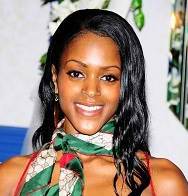 Why Hip Hop and who influenced your music?
Hip Hop was a natural way for me to express myself artistically. Also, I am not a singer so it allows me to deliver my music rhythmically being critiqued on my lyrics oppose to my voice. My music was 1st influenced by the late Tupac Shakur, I’ve had other inspirations along the way but he is the biggest. He had a way of creating imagery throughout his music. He told real life stories that were extremely heartfelt.

How do you feel about being Jamaican born and doing Hip Hop do you feel that it helps to show the versatility of Jamaicans on a whole?
I think Jamaicans have been very successful proving we as a people are competent of achieving our goals. It is society that purposely overlooks our nationality! The late Notorious B.I.G. was of Jamaican descend. He grew in a Jamaican woman’s womb and was raised by her teachings. However, when he is remembered he is said to be from Brooklyn. This is why it’s very important to me for my nationality to be known.

Which Jamaican artist is your favorite and why?
First and foremost, BOB MARLEY, is undisputed the best and will always be the best! As for male artists I listen to a lot of Mavado and Beenie Man. I think they’re creative with their wordplay and each has their own unique melody. Lady Saw would have to be my favorite female artist. I think she’s talented and has proven herself over the years.

How does your original culture influence your everyday life?
Being outside of my country for so long one would assume I have grown accustomed to other cultures which I have, but I LOVE my culture nonetheless! I love the food, dances, music, language, etc. I still have my accent after so many years and rice and peas is a must pon Sundays along wid many other traditions.

Do you have children, if so how do they feel about their mom being a Rap artiste?
My children love my music. They are my biggest motivation. Honestly, they very proud that their mommy is a Rapper, they love music as well.

Who writes your music and what are your songs based on?
I write all my music…every word! I also choose all my beats. I write depending how the beat makes me feel. Whether it’s, sexy, confident, happy, sad, or competitive. My songs are based on love, sex, struggle, heartache -things people deal with every-day in life. I try to stay away from talking about cars, money, clothes, and vanity overall. I’ve noticed many artistes start off on that track only to derail to the materialistic perceptions. I want ALL my audience to be able to relate with me.

Recently there was a comment made on Kevin Hart’s girlfriend’s Instagram about Jamaicans and that we are manipulative users, being in the United States for as many years as you have been here, what would you say about that?
I definitely disagree, Jamaicans carry the most stereotyped among all foreigners. We come across manipulative to some because our presence is strong and extremely influential. We also have the ability to adapt which intimidates others. I honestly, think their battle is with themselves, not accepting who they are. 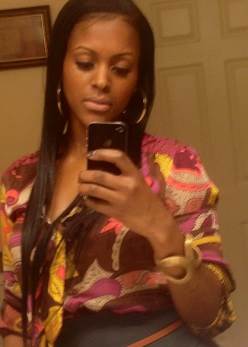 Are there any Jamaican artistes you would hope to do colabs with?
Yes, I would love to do a colab with Movado. I actually have already written the song. It’s something very different like a crossover…Rapping in Patois

How long have you been Rapping?
I’ve been writing for 7 years now and been recording for a little over a year. I was focused on getting my material first along with mentally and physically preparing myself to my satisfaction so I would be a confident artiste.

You recently did a colab with Benzino from Love & Hip Hop, how was it working with him?
Actually I didn’t do a song with Benzino. He did an appearance at the club I performed at and he made a video of my performance which he uploaded on his Instagram and we exchanged contacts. I really appreciate the exposure he has given me. He’s a very humble man.

If Jay- Z were to sign you but a part of the deal would include you not representing or admitting that you are Jamaican, would you accept such a deal?
Absolutely not! I would never disown my culture for love nor money. God Willing I would like be a positive representation for Jamaica.

How do you keep up with the news from back home?
I read the Star as most of us do and JMG it is also very informative. I watch DVDs form the area where I’m from (Southside) regularly to the point where I actually feel like I know them personally…it keeps me grounded.

Where are your parents and what were the values they instilled in you that you will most definitely instill in your children?
Both of my parents live in Chicago, IL. My father was a local DJ and promoter and my mom was a full-time mom and a part-time hustler. They were together for 30 years and separated 6 years ago. My mother shared 6 children with my father. I also share 4 children with one man, in fact he is my 1st and only. I try to teach my children to always put family 1st and to never be ashamed of you they are or where they’re from. I want my daughters to know that their character defines them and not their beauty. I want my sons to grow to be honorable men that takes responsibilities for their actions. I want to teach my children by example, that it’s never too late to follow your dreams.