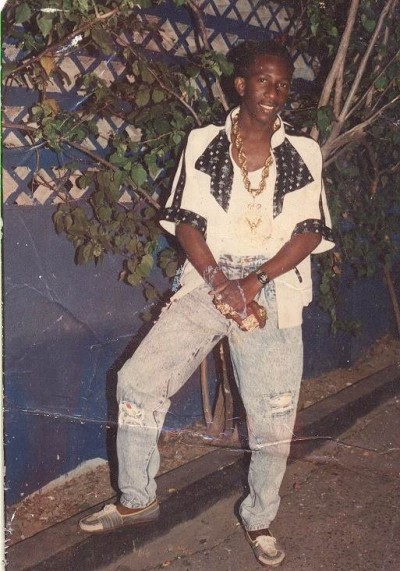 https://www.youtube.com/watch?v=h_FKzRaN9Jo
Hi good morning how are you?
I am good
Introduce yourself for us
Nigel Grandison
How old were you when you started your career?
I loved music from a young child
How many songs did you do before you had your hit song?
I had one other song it was Shining Star
What was your first big song , was it Gun In A Baggy?
Yes
What influenced your writing of that song?
A friend of mine caught gonorrhea and told me about it, I found it funny and that is how the song came about
Were you still in high school when your career took off?
Yes

Who helped to make your career?
Dave Kelly and Tony Kelly
What are the names of the songs in your catalog?
Shining star* Gun In a Baggy* healthy body* Seven Inch Long* Fragile Buddy* Hunk A Meat* All Fruits Ripe* Bumflick* Punnany Tegereg* Champion Bubbler* Yush* Good Times ft. Beenie man* Halla Yeah* Still Coming*
Your songs are clear and you pronounced your words eloquently which was rare back then, what High School did you attend?
I attended Kingston College
What did the principal say to you then?
He said Kingston college is an Anglican school and he was coming under pressure because the song was disrespecting women and he got a lot a calls to remove me and I should not come back to school until further notice.I still went until he removed me from class

How do you feel about that now?
I wanted to finish school but I guess my sons did it for me because four of them went there and said they graduated for me
Do you think the school should have separated your career from you being a student there?
Yeah because I never sang at school
Do you think the music has changed and how?
Yes quality wise
How do you find the quality of the music now compared to then?

I think the Music quality has fallen greatly it were not for artist coming from the old school such as Moses Davis, Kartel and a few others I wouldn’t even bother to listen to Dancehall
What does the future of the music look like from your perspective?

What makes you say that?
Because the quality of these Dancehall artist and their music is poor only yute like Chronixx and u know the foundations like Moses etc pushing the quality the know from the old school
How could fans encourage artistes to be better?
Well as for the fans they basically just accept what they get from the disc jockeys

Do you think Jamaicans really support Dancehall as much as they should or could?
Not as much as they use to I guess people really don’t have nuh money
Leave some words with the young artistes who hope to make it in the business.
Dem just need to Make better music with better quality and keep the business flowing and respect those before them