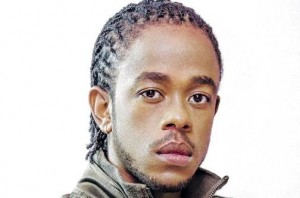 DANCEHALL artiste Kalado returned to the island earlier this week after being detained in a Florida jail for roughly two weeks.
The entertainer, whose given name is Eton Gordon, was being held on suspicion of immigration fraud.
“I have not gotten a chance to speak with him as yet, but I can confirm that he has returned to Jamaica. I am supposed to meet with him today [Friday] so I may have more detailed information after,” said Ray Alexander, Kalado’s publicist.
Several efforts to contact the artiste were futile.
Kalado, 30, is a member of the Bounty Killer-led Alliance Next Generation (ANG) musical clique.
The artiste got his big break in 2012 when he collaborated with Bounty Killer on When She Wine. He followed up with Nuh Gyal Caan Tear Mi and Whole Night. His other tracks include Make Me Feel, Good Good Bring Life and Body Nuh Dead.