See lisa mek her move ya fi power!yessiday I heard ppl saying she darkskinned on the post wid fool fool kaci…so is what this filter..check out her foto! 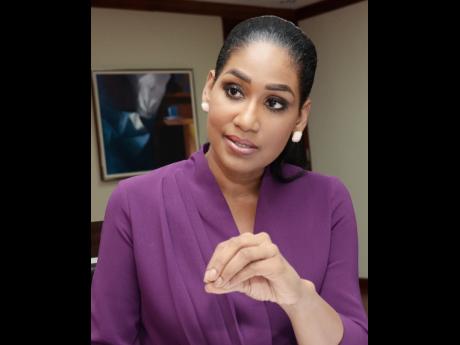 Lisa Hanna has announced her bid for vice president of the People’s National Party (PNP) via social media.

Hanna, who is the current chairman of the PNP’s Region One, made the announcement on Instagram this afternoon using the hashtags #IAmRunning and #LisaVP2016

The MP for South East St Ann says she will be running in a bid to strengthen the PNP and make it inclusive. She says she wants to build a party that is more accountable and transparent to delegates and Jamaicans, as well as uses modern management principles.

Hanna continued in her message on Instagram that she wants to build a party that practises “build of politics rather than a ‘tear down, cut down, stab you in the back politics”.

Another prominent MP, Dr Wykeham McNeill, the representative for Western Westmoreland and former tourism minister, was also expected to make his announcement to run for one of the four vice president slots in the party today.

He is expected to be supported by Derrick Kellier, who will not seek re-election in September at the PNP’s annual conference, former MP and PNP stalwart Dr DK Duncan and Richard Azan.

Former national security minister and PNP general secretary, Peter Bunting, has also given strong indications that he will be contending for president in September.