Danger on the streets logo 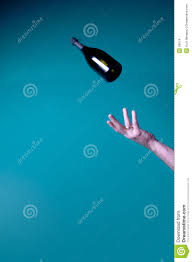 By KIMBERLEY HIBBERT
MY first real taste of journalism was during internship for the Caribbean Institute of Media and Communication (CARIMAC) when I was placed at the Jamaica Observer. I was excited about roving with the ace crime reporter.
One Wednesday morning we got word that a group of gay men had illegally occupied a house on Millsborough Avenue in Barbican, North East St Andrew, and were being a nuisance to residents there.
Our news team drove to the property to check out the story. On arriving, the driver instructed the photographer to be quick, and take photos from inside the vehicle.
But our photographer insisted on exiting the vehicle to get the pictures. We watched and waited anxiously.
“Weh him deh man, how him a tek so long fi come back? Mi tell yuh bout him enuh, weh him a do up deh so long?” mused the senior reporter.
Within a second of his expression of impatience, we saw the photographer racing towards the vehicle, arms and legs pumping, his camera over his shoulder. Behind him, the men in question were also sprinting with two crocus bags filled with glass bottles which they started hurling.
I was terrified. The driver turned on the engine and started signalling to the photographer to get in the vehicle quickly.
But, out of fright, the photographer started pulling too hard on the door latch and the central lock engaged. He was in for the fright of his life.
Realising what had happened, instead of waiting a few seconds to try the door again, the photographer ran, as the men were within 10 metres of him. For about 10 minutes they stood outside the vehicle playing dandy shandy with the bottles, while the senior reporter, the driver and I sat crouched in the vehicle. At one point the photographer opened the driver’s door in a bid to enter, but failed.
When one of the bottles hit the vehicle the driver started going down the road slowly, with the photographer jogging behind. Eventually he ran to the passenger side of the vehicle and by that time more men had joined the bottle throwers. The driver then stretched across to the passenger door and swung it open for the photographer to jump in while the vehicle was still moving. The photographer attempted to get in and ended up having one leg inside the vehicle. Eventually he steadied himself, and we drove towards Barbican Road with a half of the photographer’s body outside the vehicle.
The entire vehicle was silent up to the main road when I started snickering, then the other occupants burst out laughing.
The photographer, however, was not amused and insisted that we drive to the police station.
If our hilarity was hard for him to bear, the ordeal at the police station was something else.
We went inside and began telling the sergeant on duty what had happened. The entire station then gathered to listen. One constable sat in a corner trying to suppress his laughter.
But what knocked the ball out of the park was when the sergeant, while smirking, sarcastically asked: “So what you want me to do? Go up there for them?”
The senior reporter, not the least bit amused, gave a dry laugh and said in a very stern tone, “Yes”. The sergeant then told us that if the owner did not come forward to remove the men, there was nothing he could do.
It was a hair-raising experience. I phoned my lecturer at CARIMAC and gave him the 411 about the incident. After having a good laugh, he asked in the most concerned tone, “Are you OK?” My response: “Yes sir, and I’m enjoying my internship.”
We thought that was the end of it, but when we finally composed ourselves and drove back to Beechwood Avenue, we were in for more teasing.
We entered the Editorial Department and most persons appeared to be minding their business until we sat down. One brave soldier approached us and asked about the experience, some details of which had already been leaked to the newsroom. When I looked up, 12 men had gathered to hear of the showdown. While we did a re-enactment of the incident, the senior reporter and I took turns acting out what had happened to the photographer, to the delight of the editors who laughed heartily. The senior reporter jumped and I, balancing on one leg, showed them how we escaped danger.
Despite the humour of the situation, we all acknowledged the danger we would have been in if a bottle had smashed the windscreen or one of the windows, or had struck the photographer.
Kimberley Hibbert completed her first degree journalism programme at CARIMAC recently.